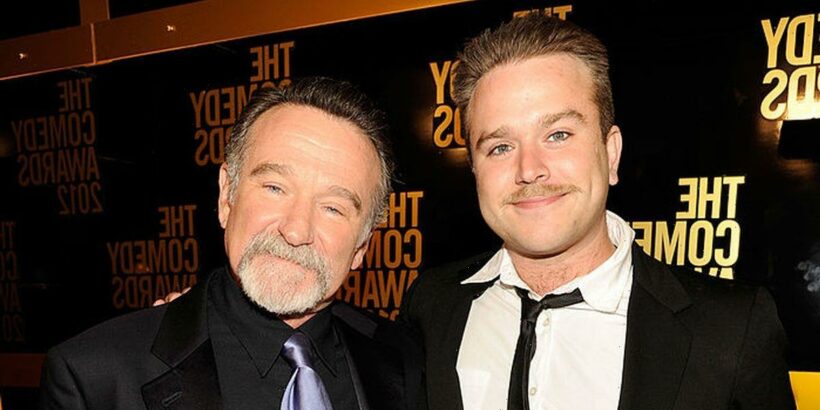 Robin Williams's son Zak led the tributes to his father on Wednesday which was the anniversary of the comic's deeply sad and untimely death.

Fans of Williams and film lovers from around the world were left in shock when it was announced that funnyman Robin Williams had taken his own life on August 11, 2014.

The Oscar winner's son Zak Williams turned to social media on Wednesday to thank his father's fans and remind everyone of the incredible "legacy" Robin left.

He wrote: "Dad, seven years ago today you passed on. The joy and inspiration you brought to the world carries on in your legacy and in your family, friends, and fans you so loved.

"You lived to bring laughter and to help others. I will be celebrating your memory today. Love you forever."

Earlier In July this year, on what would have been Robin Williams' 70th birthday, Zak, 38, spoke on The Genius Life podcast with Max Lugaver about his father.

Zak revealed his frustration that his dad was misdiagnosed with Parkinson's disease and it was only in his autopsy did it come to light he was actually suffering from Lewy body dementia – a rare form of the degenerative disease.

"'What he was going through didn't match one to one [with what] many Parkinson's patients experience. So, I think that was hard for him," Zak said.

Daughter Zelda also turned to Twitter to remember her father but was forced to defend half-brother Zak after a user attacked him for not saying his father died of suicide.

In her tweet, she wrote: "'How about we let people who’ve lost loved ones mourn and verbalise their loss how they feel comfortable? He’s my brother, and his son, and a father in his own right.

"We’re people too, not just advocates. Please don’t forget that on this often dehumanising app. Have compassion."

A little later on she tweeted again to offer compassion and love for those "navigating loss" in their lives.

She tweeted: "Sending love out there today to all the folks navigating loss.

"New, old, the connective tissue of that deeply human pain can be hard to bear, but I find it easier sometimes knowing how many others have felt the same sting.

Stay up to date with the latest news in Showbiz by signing up for our newsletter by clicking here.