One of Sticky's favourite comments from Josh Homme during Queens of the Stone Age's hit-and-run 2017 Australian tour was about the relationship he struck up with Iggy Pop during their Post Pop Depression sessions. "He feels like a soldier that's given everything to music," Homme said about the now 71-year-old Pop. "To the idea of throwing yourself off a cliff worth throwing yourself off … I realised more and more in our conversations that his perspective, having faith that music can save you, is under-represented." Homme is not one to back away from cliffs and will bring QoTSA back to Australia in August and September for another run of shows to support the band's superb Villains album. Released in late August, soon after Homme and his comrades played Splendour in the Grass and shows in Melbourne, Sydney and Darwin, Villains reinforced Homme's reputation not only as a 21st century rock'n'roll soldier, but also an innovator. Queens of the Stone Age will play Newcastle's Entertainment Centre on August 30, Hordern Pavilion in Sydney on August 31, Margaret Court Arena in Melbourne on September 7, plus shows in Brisbane, Hobart, Adelaide and Perth. "Everybody who knows me knows Australia is my home away from home," Homme said about returning this year. Special guest for the tour will be C.W. Stoneking. Tickets go on sale to Frontier members on May 1 and general ticket sales begin May 3. For more information, go to frontiertouring.com/QOTSA

album of the week Cat Canteri Inner North (Mountain King Music) ★★★½ As soon as Cat Canteri's album gets released on May 18 she'll be on the road, playing a bunch of Melbourne and regional Victorian shows, then heading north to New South Wales and Queensland. Playing live is just as important to Canteri as honing her songwriting skills and it shows. These songs sparkle with tales of the people and places she's most familiar with and there's a boldness to her guitar playing (Canteri plays drums in the Stillsons) that would surely bring a smile to producer Jeff Lang's face. The heartfelt Fitzroy Bowl is testament to hard work and a passion for writing. catcanteri.com 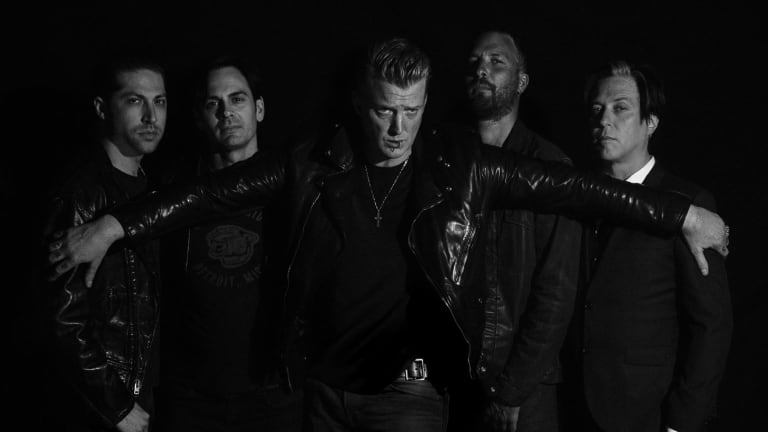 Queens of the Stone Age return to Australia for shows in the spring.