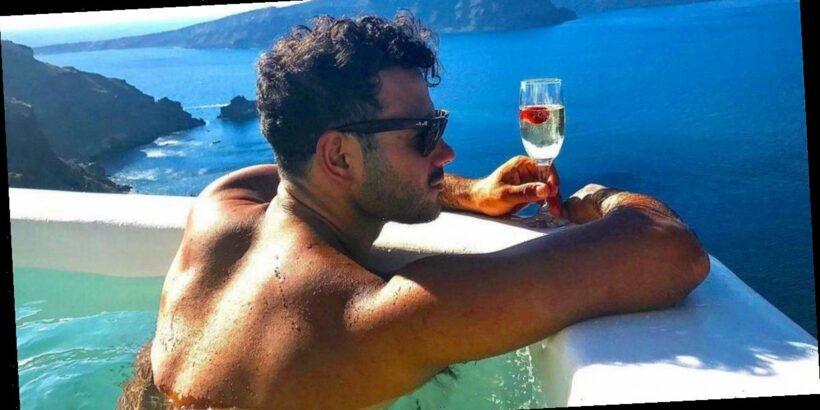 Ryan Thomas says he hates himself for drinking two bottles of wine 'most nights in lockdown'.

The former Coronation Street star made the candid confession and told that he’s searching for 'any excuse’ to pour himself a glass.

Ryan and his brothers Scott and Adam are still in mourning after losing their dad Dougie back in November.

The 36-year-old hunk says that he has been stuck in a vicious cycle of drinking and being hungover over the past few months.

Speaking on his podcast Mancs On The Mic the actor says he can sink two bottles of red before he knows it.

"I’m literally just finding any excuse to have a drink," the Celebrity Big Brother winner said on the show.

"It’s like, everything’s all or nothing, so it’s not even like I have a couple of drinks.

"I’ll have two bottles of red wine and I’m like, 'Why?' I’ve got to get up tomorrow and I’ve got a routine with Roman and with Lucy and I’ve got commitments and I've got jobs coming up that I need to be focused for.

"It’s just a constant battle man, and I hate it, I hate myself for it."

The news will be a worry to fans who love watching his seemingly idyllic life with his long-term girlfriend Lucy Mecklenburgh on social media.

But the couple were left in a blind panic when their adorable baby son Roman choked on an apple on Wednesday.

The former TOWIE star, 29, said the boy, who turns one next month, had managed to bring up the fruit by himself, but spent two hours after that "gagging" and refused any more food or fluids.

Lucy posted a photo of Roman on Instagram snuggled on her chest as she explained what happened in the terrifying ordeal.

She wrote: "This morning Roman choked on a little piece of apple and he managed to clear it himself but spent two hours gagging, being sick & bringing up thick saliva.

"He's just not himself I think it must be the acid irritating his throat & shock.

"He's not eaten breakfast & lunch he put in his mouth, gagged & spat it all out."

She later returned to update fans, adding: "We did go to the GP and he suggested A&E if he continued to refuse fluids but he has finally had a bottle of water & breastfed just won't eat solids."