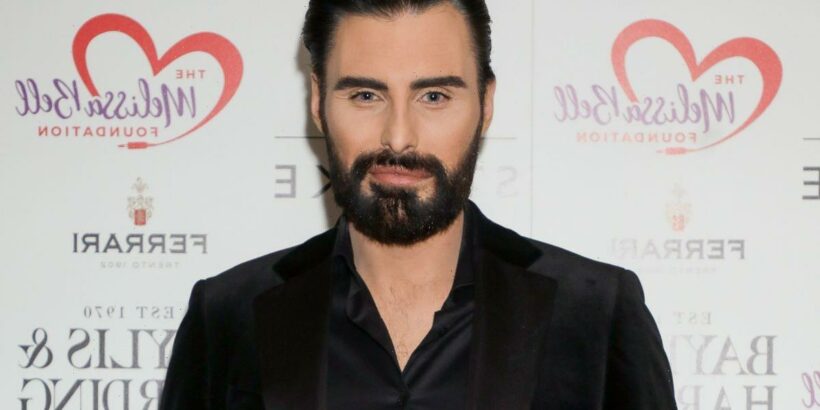 Rylan Clark has left his fans in stitches after posting a cryptic tweet with explicit words – which happen to be lyrics from a new song.

Taking to Twitter earlier today, Rylan turned on caps lock and penned: "INSTEAD OF MEAT I EAT VEGGIES AND P*SSY."

Fans of the former Big Brother legend and X Factor star couldn't believe their eyes when they saw his tweet. Many decided to ask him if he was okay.

"Have you been hacked or do you need sleep?" asked one concerned fan.

"What's going on?" probed another.

A third person asked: "Alright who's hacked Rylan? Give him back his phone," to which someone replied: "He's going through this years Eurovision entries lol. They're the opening lyrics to Latvia's entry."

The lyrics are from the track Eat Your Salad by Latvian band Citi Zēni, which will be performed later this year during the 2022 Eurovision Song Contest.

The line that Rylan tweeted is the opening line from verse one, which goes like: "Instead of meat I eat veggies and pussy // I like them both fresh, like them both juicy."

Later on in the track the pre-chorus goes: "Oh, when you eat your veggies // Baby, think of me // Little kitty, don't you know that // Being green is cool?"

The Latvian pop band will be going up against the UK's Eurovision entry, TikTok sensation Sam Ryder.

Sam was announced as the musician who will represent the United Kingdom in the Eurovision Song Contest last week after it was confirmed by the BBC.

The UK haven't got the best track record when it comes to Eurovision, and the last time we made Top Ten in a final was in 2009 with the song It's My Time by Jade Ewen.

In 2021, James Newman represented the UK with his entry Embers, which ended up receiving "nil points" – but could the UK's bad track record be about to change?

Sam's track SPACE MAN will be competing against Citi Zēni's Eat Your Salad.

Sam Ryder co-wrote SPACE MAN with Grammy winning songwriter Amy Wadge, who worked on Ed Sheeran's Thinking Out Loud, and Max Wolfgang who has worked on tracks with James Arthur and Years & Years.

Eurovision is set to take place later this year in May, and will air on the BBC as always.

Presenting legend Graham Norton is set to head up the show once again, which will no doubt delight keen viewers.