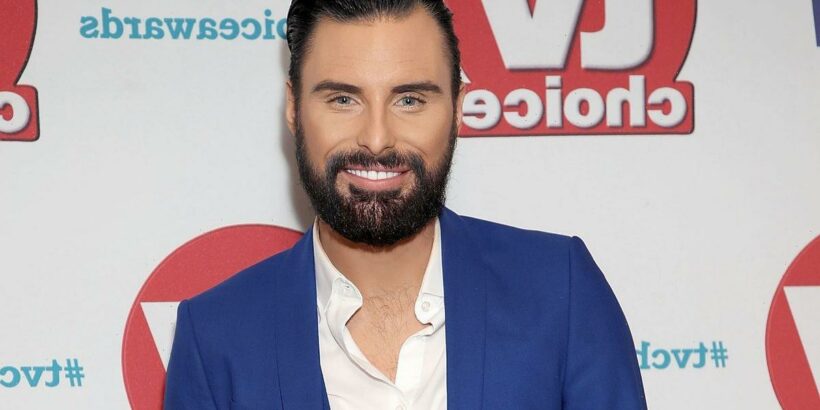 Rylan Clark has taken to social media to thanks fans for their support after he split from his husband of six years Dan Neal.

The couple met when Dan was a contestant on Big Brother and Rylan was hosting Big Brother's Bit On The Side.

Rylan penned on his official Instagram page: "I just wanted to write a message to thank you for all the love and kindness you have shown us.

"|We are currently prioritising our mental health and looking after the ones around us we love most.

"I am working towards getting back to the jobs I love in due course. Thank you for being patient with me. X."

Rylan signed off the post with a simple 'X'.

Reports at claimed that Rylan and Dan hasn't seen eye to eye over the former X Factor star's desirer for them to have their own children.

He was already step-dad to Dan's son Cameron.

A source claimed to Mail Online: "Rylan loved being a step-dad and was wonderful but it just couldn't fill the gap he felt for wanting his own children."

Fans became increasingly worried about Rylan's welfare over the last few weeks, after he disappeared on social media and was no longer hosting his Saturday afternoon Radio 2 show.

But now the star has told The Sun that he felt it was best to speak out on the separation because the way it had been reported was "unfair".

Rylan also admitted that he decided to take some time away from work because he's not in a good place and is seeking help.

Speaking to The Sun about his relationship, the Celebrity Big Brother winner explained: "Following reports about Dan and I spending time apart, I feel I have to speak out – as the way it is being reported is unfair.

In 2017, Rylan spoke about his relationship with Dan in an honest chat with BUILD series LDN where he confessed that he and Dan loved each other, but they argued all the time.

He said candidly: "I hate when you see all these people on TV and they're like 'I love my husband, he's so amazing, he's my soul mate, he's my best friend', it's like shut up, are you joking?