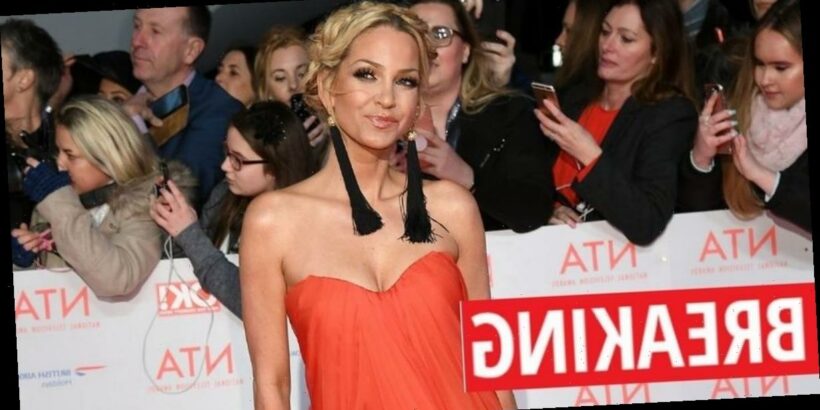 Sarah Harding has spoken of her feelings of joy after learning that her brain and lung tumours had shrunk in size following her cancer treatment towards the end of 2020.

The superstar was first diagnosed with breast cancer back in the early stages of the last year but it rapidly spread to various parts of her body, with Sarah having to undergo weekly chemotherapy treatments.

Sarah, 39, who is set to tell her story for the first time in her debut autobiography, Hear Me Out, which is released later this week, first shared her devastating news in August after being spotted at a hospital.

In an excerpt from her book seen by Daily Star, Sarah recalled her joy writing: "Before I put this book to bed, I wanted to share a little bit of positive news.

"MRI scans at the end of December revealed that the tumours in my brain and in my lung have shrunk a bit with the treatment."

Sarah went on to add: "I don't know exactly what this means for me, but at least I know it's moving in the right direction, and right now, every little victory feels momentous.

"With this news under my belt, I was able to enjoy a relaxing quiet Christmas with mum and yes, I got plenty of lovely Christmas pressies."

The Manchester native concluded with: "At the moment, I'm just grateful to wake up every day and live my best life, because now I know just how precious it is."

Ahead of the release of Hear Me Out, Sarah's biggest fans, Sarah Harding Addicts, who have also written an extract for her autobiography have launched a fan campaign to get Hear Me Out, a track from their 2004 album, What Will The Neighbours Say? onto the iTunes chart.

"Wild child" Sarah also spoke of her recent reunion with her Girls Aloud bandmates shortly after her diagnosis, revealing that they sat together and watched their fly-on-the-wall documentary, Girls Aloud: Off The Record, it was their first time together in eight years.

Despite reuniting with the group, Sarah initially had reservations following her intense treatment which saw her lose her eyelashes.

Despite her reservations, with Sarah knowing her bandmates wouldn't "be judgemental", the group accidentally reunited in the carpark of Soho Farmhouse, instantly putting her mind at ease.

Hear Me Out, by Sarah Harding is available to purchase from March 18.

If you or those around you have been affected by this story, you can call the MacMillan Cancer Support line on 0808 808 00 00.