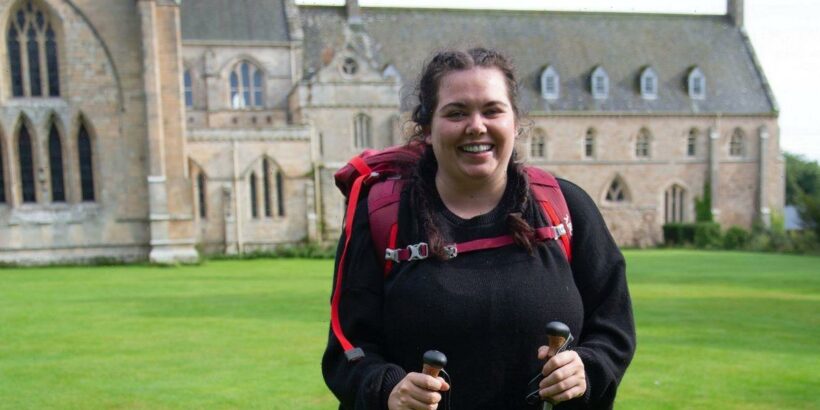 Ex- Gogglebox star Scarlett Moffatt got the hump when she tried to discuss the existence of The Loch Ness Monster and aliens on a religious TV show – and no one believed her.

The former jungle queen signed up for BBC Two's Pilgrimage to go on a 1,000-mile trek from Ireland to Scotland with a group of celebrities, where they follow in the footsteps of a 6th Century monk called Saint Columbai.

One of their stop-off points was Loch Ness – home to the famous Nessie.

Scarlett, who is convinced the monster exists said: "I think it’s a dinosaur. It looks like diplodocus but in the water."

But her fellow spiritual travellers on the show were not convinced.

Changing Rooms designer Llewellyn Bowen, who reckons he is a non-conforming pagan, dismissed Nessie as a piece of fiction.

He said of its origins: "I think tourism in the area was needing a bit of a boost."

And poor Scarlett had no fans when she tried to talk to the group about how she had seen UFOs.

Laurence added: "We did have one discussion but we tucked that one under the carpet and said 'Can we just focus on the big stuff here?'"

Scarlett has been very vocal about her UFO sightings and previously claimed she had been abducted by aliens in the past.

While appearing on ITV's Loose Women in 2020, the presenter shared her experience with the panellists- leaving them stunned.

She explained: "My earliest memory ever is when me and my dad used to take a notepad to a field to go looking for crop circles.

"My boyfriend doesn't believe this, but when I was 10, a massive beaming light came when through my window, and I had a dream, well I think the [aliens] wanted to think it was a dream, and Scott seems to think that it was just a car headlight and that it was probably a dream!"

The star went on to add that she was also named after Hollywood actress Sigourney Weaver.

She said: "My middle name is Sigourney because my dad is a fan of Sigourney Weaver from the film Aliens."

For more of the latest showbiz news from Daily Star, make sure you sign up for one of our newsletters here .