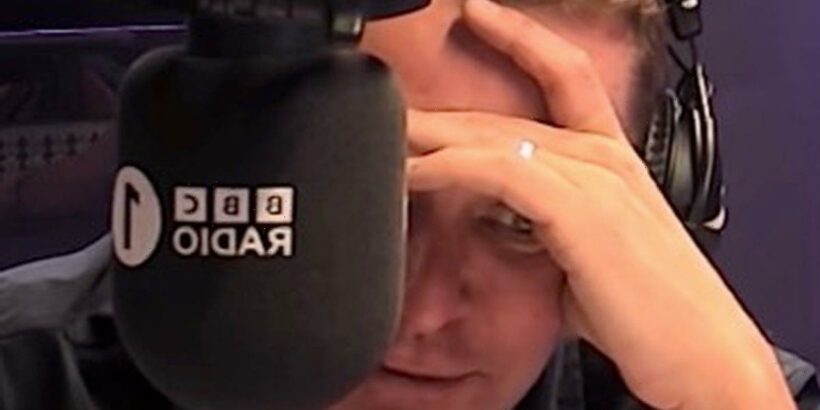 Scott Mills broke down in tears during the final 15 minutes of his final ever BBC Radio 1 show.

The 48-year-old radio presenter, who has been at the helm of Radio 1 for 24 years, since 1998, hosted his final show entitled Love You Bye on Thursday, August 25.

After playing Mariah Carey's All I Want For Christmas and announcing that in four months time it will be Christmas, Scott became emotional and choked up when he said his thank yous and his final goodbye.

He explained how he had spent half of his entire life at BBC Radio 1, before explaining how he had come out as gay during his stint on the show and experienced love, loss and everything in between.

Scott said: "Right, here we go. I hope I can get through this," before segueing into his speech and thanking all crew members.

"Loads and loads has changed in that time [24 years] apart from my face, obvs," he jokingly said before adding: "if I had done just that one show on radio one, that would have been enough – that was the dream."

"The fact that I've done nearly 6,000 shows across early breakfast, drivetime, afternoons, chart, the 24 hour lol-a-thons, and every weird covid timeslot – to 23 year old Scott even, that would be absolutely mad."

Later he began to tear up when he said: "It's been more than half my life sat here, talking to you.

"And in that time I've publicly come out, met some of my best friends like the one sitting opposite me, and I've had breakups, and found love and lost it again sometimes, and said 'hello' and 'goodbye' to family."

Sounding tearful he said: "Every low this show has got me through, and every high I've been lucky enough to celebrate has been here.

"Radio 1 has been a constant through all of this."

This comes as celebrity pals and long-time listeners pay tribute to the radio host.

Rylan Clark took to Twitter while the final show was on air and penned: "Listening to @scott_mills @Chris_Stark and the team doing their last show on @BBCR1 is something special. Congrats boys you’re gonna be MISSED. (Scott hurry up to @BBCRadio2? LoveYouBye x."

He later took to Twitter and said: "If you didn’t cry listening to @scott_mills right then…. You’re dead inside . Love u mate x."

Replying to the Big Brother champion, one fan said: "Legit crying at work. So gutting, its like family leaving home x."

While another added: "I'm an absolute mess."