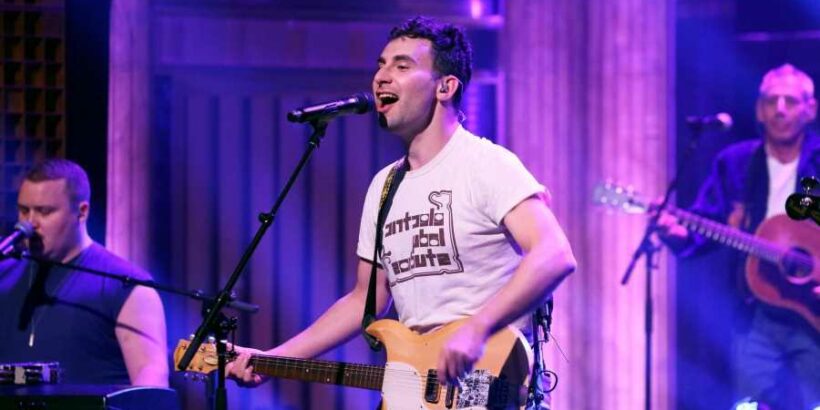 Bleachers performed their new song “How Dare You Want More” from their upcoming album Take the Sadness Out of Saturday Night on Wednesday’s episode of The Tonight Show.

Before the performance, Jack Antonoff sat down with Jimmy Fallon to discuss his band’s new LP, which features the first single, “Stop Making This Hurt,” and “Chinatown,” featuring Bruce Springsteen; on The Tonight Show, Antonoff talked about an incident he had while driving around with his fellow New Jersey rocker.

Antonoff first revealed that he had an expired driver’s license while shooting the song’s video. “We did the song ‘Chinatown,’ the song is literally about driving out of New York City and into New Jersey with someone you love to show them where you’re from to see if you have a future. I had to be driving in the song,” Antonoff said. “And so I broke the law.”

The Bleachers singer — who performed in front of an audience for the first time since the Covid-19 pandemic on Tonight Show — also talked about working on Taylor Swift’s lockdown album Folklore as well as how happy he was to be in front of a crowd again.

“I’ve spent my whole life since I was 15 being with people and audiences and then it was gone, and now it’s here, and I’m like, ‘Make some noise!’” he said.