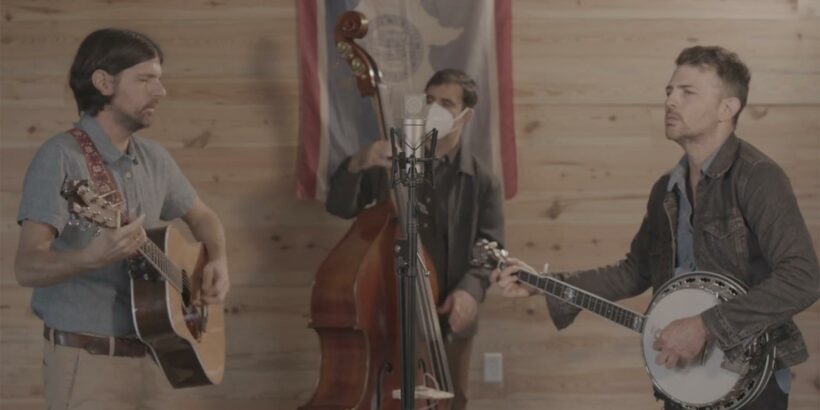 In 2019, the Avett Brothers announced that their music would be featured in a new musical originally slated to debut in June 2020. A year-plus pandemic later, the folk-rock group is premiering the title track to Swept Away.

Written by John Logan and directed by Michael Mayer — both Tony Award winners — Swept Away‘s music draws from the North Carolina band’s catalog, and in particular the Avett Brothers’ 2004 LP Mignonette. The musical is set in 1888 and tells the tale of a shipwrecked crew, including two brothers, as they struggle to survive after reaching land off the coast of New Bedford, Massachusetts.

Swept Away the musical will premiere at Berkeley Repertory Theatre in Berkeley, California, on January 9th, 2022. This debut performance of “Swept Away,” featuring siblings Scott and Seth Avett on banjo and acoustic guitar and bandmate Bob Crawford on upright bass, was filmed for Berkeley Rep’s Ovation Gala.

“Well, you send my life a whirling, darling when you’re twirling on the floor,” they sing. “And who cares about tomorrow, what more is tomorrow than another day, when you, you swept me away.”

John Gallagher Jr., Stark Sands, Wayne Duvall, and Adrian Blake Enscoe are set to star in the production, which is choreographed by David Neumann. The Avett Brothers released the EP The Third Gleam last summer.