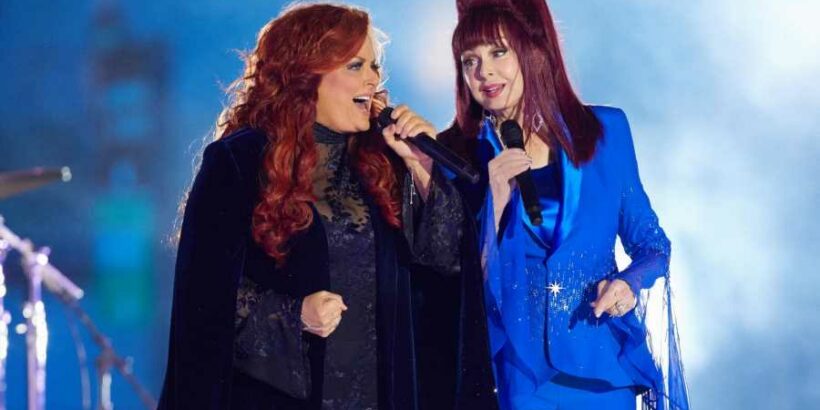 Earlier this month, the Judds reunited to give their first awards-show performance in two decades, singing the timeless ballad “Love Can Build a Bridge” at the 2022 CMT Music Awards. Tragically, the performance also proved to be their last following Saturday’s shocking news of Naomi Judd’s death at 76.

For their rendition of the 1990 Top 5 hit, Naomi and daughter Wynonna sang face to face on an outdoor stage in front of Nashville’s Country Music Hall of Fame and Museum — the very institution that was to induct them as members this Sunday. (The Hall’s Medallion Ceremony is currently set to proceed as scheduled.)

“Love Can Build a Bridge,” off the duo’s 1990 album of the same name, is synonymous with the Judds. Co-written by Naomi with Paul Overstreet and John Barlow Jarvis, it’s a pledge of intent: to reconcile and then love and support someone no matter the circumstances. Onstage at the CMT Awards (taped prior to the April 11 broadcast), Wynonna sang the verses and Naomi offered gentle harmonies in the chorus, which was boosted to the heavens by a choir in white robes. It was majestic, dramatic, and emotional — an appropriate “welcome back” by one of country music’s most successful duos, known for a string of hits like “Mama He’s Crazy,” “Girls’ Night Out,” “Rockin’ with the Rhythm of the Rain,” and “Grandpa (Tell Me ‘Bout the Good Old Days).”

The day after their CMT Awards reunion, the Judds announced a new arena tour that was set to be their official farewell. “The Final Tour,” as it was billed, was slated to kick off Sept. 30 and run through October, with one last show in Nashville.