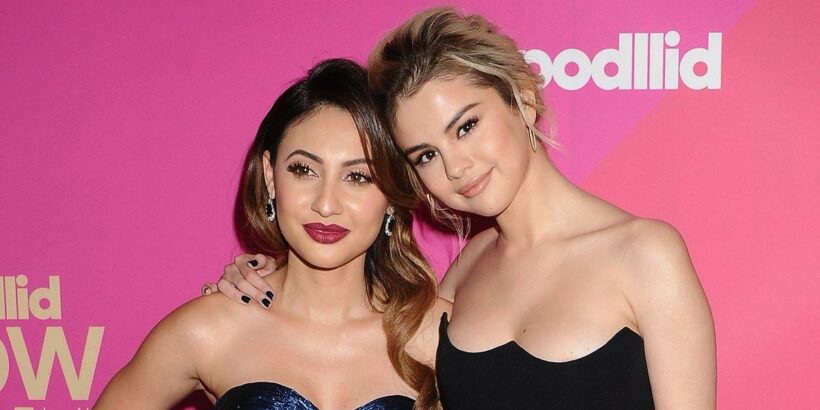 Selena Gomez's kidney donor Francia Raisa has clapped back at the star's claims she has "no Hollywood pals" besides Taylor Swift and reportedly unfollowed her on Instagram.

The Only Murders in the Building star, 30, recently released her Apple TV+ documentary My Mind & Me, charting her life for the past several years.

Notably absent from the documentary was her organ donor, Francia.

Selena received a kidney from Francia in an organ donation procedure back in 2017 after suffering from health complications amid her Lupus battle. Doing press ahead of documentary's release, Selena spoke to Rolling Stone and revealed during an interview that her "only friend" in the industry is Taylor Swift.

She told the publication: "I never fit in with a cool group of girls that were celebrities.

"My only friend in the industry really is Taylor [Swift], so I remember feeling like I didn't belong."

Francia is also a Hollywood actress, recently starring alongside Hilary Duff in the HIMYM reboot How I Met Your Father. As the comments gained traction online, Francia responded to E! News' Instagram post about the remarks with the word "interesting".

After this, she reportedly unfollowed her years-long friend Selena on Instagram (via Pop Craze).

The supposed snub follows Selena discussing her kidney transplant in her documentary while failing to mention Francia in the one-off film.

She had, however, previously referred to Francia as her "sister" while confirming her organ donation to fans on Instagram in September 2017. The supposed snub comes as Selena also confirmed she had named her donated kidney after Hollywood actor Fred Armisen.

She added: "I named it after Fred Armisen because I love Portlandia.

"I've never met him, but I’m secretly hoping he finds that out just because I want him to be like, 'That's weird.'"

Daily Star has contacted representatives for Selena and Francia for comment.