A sea of leopard print and cowboy hats converged on the Brisbane Entertainment Centre on Wednesday night to witness the revival of Shania Twain.

Brisbane crowds had been eagerly awaiting the return of the country pop princess for 19 years. 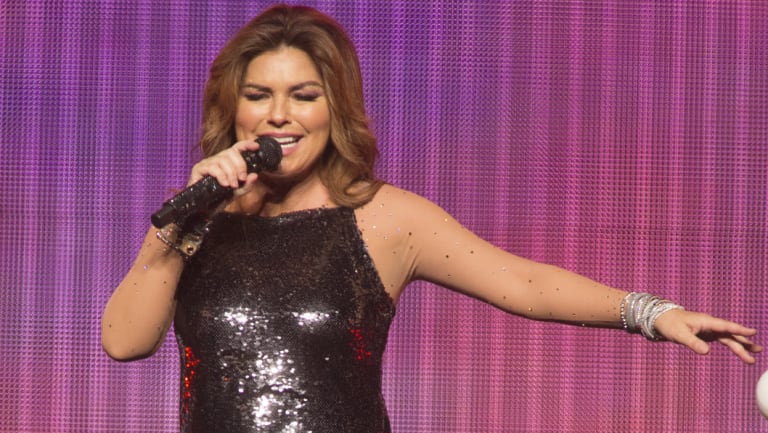 Shania Twain returned to perform in Australia for the first time since 1999.Credit:Invision

Twain’s last visit to Brisbane was in 1999 in support of her Come on Over record which is one of the best-selling albums in history, moving more than 40 million copies worldwide.

After a 15-year hiatus from recording due to a health battle, the five-time Grammy award winner released Now last year, which reached number one in Australia.

Listening to Twain’s blockbuster vocal performance, it was hard to comprehend there was a time she thought Lyme disease had damaged her vocal cords beyond repair.

The effervescent 53-year-old drew crowds in with hits such as You’re Still the One and From This Moment On and had them dancing in their seats to anthems That Don’t Impress Me Much and Man! I Feel Like a Woman. 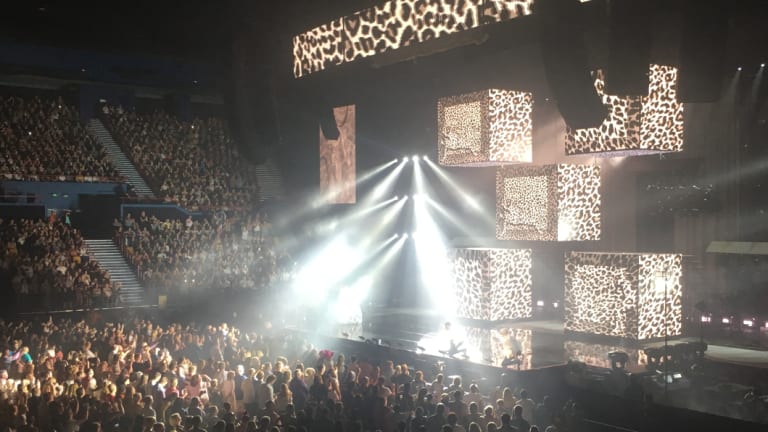 While there were plenty of thigh-slapping country hits, Twain exposed her vulnerability during Poor Me, written about the dissolution of her marriage to producer Robert "Mutt" Lange after his affair with her best friend.

“On the new album I wrote some very candid and frank emotions in my songs. This song [Poor Me] started very angry, I was feeling a lot of hatred and sorry for myself being betrayed,” Twain told the crowd.

“But in the process of writing it, recording it and then performing it over and over again, now it has just basically become my drinking song,” she laughed.

While Taylor Swift may be the present reigning queen of country-turned-pop, Twain wrote the rulebook on how to amass a fanbase when crossing over genres.

The fact the Canadian singer added an extra Brisbane show to her tour was proof of her enduring impact and horde of loyal fans.

Twain masterfully weaved songs from her new album with the '90s chart-toppers everyone knows.

Crowds were kept entertained during her many outfit changes with roaming kiss cameras and throwback montages from some of her earlier music videos.