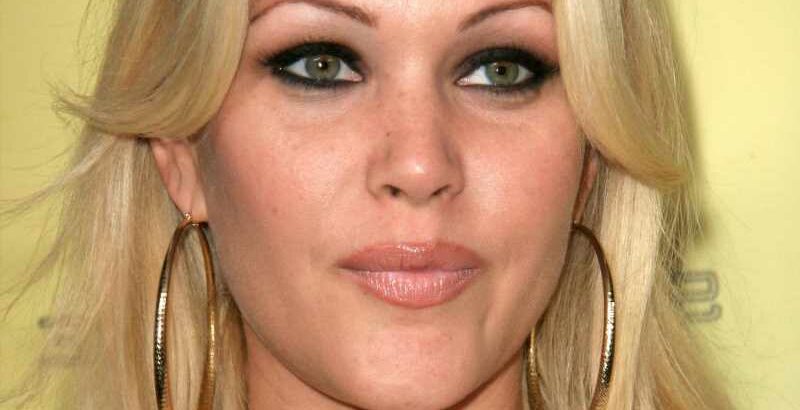 It seems like Shanna Moakler is just as fascinated with Kourtney Kardashian and Travis Barker’s romance as the rest of the world. Moakler, who was married to Barker from 2004 until 2008, hasn’t exactly stayed quiet since People reported in January that the Blink 182 drummer was dating the “Keeping Up with the Kardashians” star. Kardashian and Barker haven’t kept things on the down low either and have flaunted their love all over social media.

Their very public displays of affection didn’t seem to sit too well with Moakler, as the model has been accused of throwing shade at the couple on more than one occasion. In April, Moakler raised eyebrows when asked by a fan in an Instagram comment why she and her boyfriend, Matthew Rondeau, didn’t share more of their romance on social media. “Unlike some people, my relationship status isn’t based on social media posting… I’m happy on life not on IG…” she responded (per BuzzFeed News), which some believed was a reference to her ex.

That was just one of multiple instances where Moakler has been accused of being less than supportive of Barker and Kardashian’s relationship. BuzzFeed News reported she also liked a fan’s comment claiming Barker had “downgraded big time” with Kardashian, and she posted a quote to her Instagram Story that read, “Stop complaining about your life. There are people out there dating your ex.”

But is she really bitter about Barker and Kardashian’s romance? Read on for what Moakler’s saying now.

Shanna Moakler explained her somewhat shady social media activity regarding Travis Barker’s romance with Kourtney Kardashian in a May interview with People. The former Miss USA admitted she’s “very much over [her] ex,” but added, “However, do I think some of the PDA that he’s doing with her is weird? [Yes].” But that doesn’t mean she wishes bad things on Kardashian and Barker.

“I’m really, genuinely happy for him. I want the father of my kids to be happy and to have a partner that makes him happy … and a better father. As long as she’s good to my children, that’s truly all I really care about,” she explained, noting that Kardashian has met the children they share and they like her. Moakler and Barker have two kids together, 17-year-old son, Landon and 15-year-old daughter, Alabama.

But while the star doesn’t have an issue with Kardashian, she did admit that she and her boyfriend, Matthew Rondeau, “have been posting stuff in a joking manner, but not so much to attack [Kardashian and Barker].” Instead, she claimed her social media activity “was more to annoy her fan base because at some point you have to make a joke out of it.”

We’ll have to wait and see if Moakler continues to agitate Kardashian’s fans, but if the “KUWTK” star and Barker’s recent Instagram activity is anything to go by, she’s not going to be short of content.