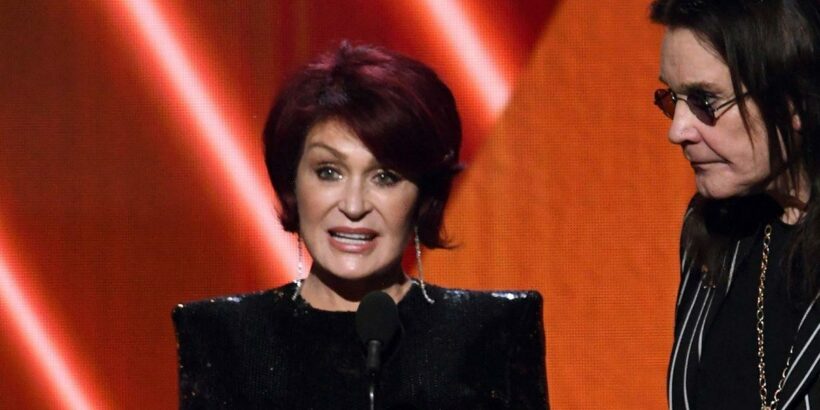 Sharon Osbourne reckons ghosts enjoy putting the willies up themselves as she makes a bizarre claim after watching an eerie video of spooky sounds coming from a hotel bathroom, in which the door handle was shaking violently.

Her son Jack, a keen ghost hunter, admitted: “I do not know possibly what that could be, if not a ghost. The wind cannot do that.”

On the family’s US TV show The Osbournes Want To Believe, Jack’s dad Ozzy said he would not stick around to learn the reason for the noises.

The former Black Sabbath star piped up: “If I had that happening to me, I’d be out the f***ing room.”

The families reality show first aired in 2002 and became the most-viewed series ever on MTV as the family entertained fans with their hilarious antics.

Jack was only 16 years old when he shot to fame with his famous family on the MTV reality series.

The star tied the knot with his ex-wife Lisa Stelly after just four months of dating.

The pair got married in an intimate Hawaiian ceremony on 7 October 2012 – and they went on to welcome three children.

They had their first child, Pearl, before they were married, and then Andy in 2015 and Minnie in 2018.

It was announced that Lisa had filed for divorce just three months after Minnie's birth.

They confirmed their separation in a joint Instagram post that read: "What's best for our family right now is that we separate lovingly and remain best friends who are committed to raising our children together."

They finalised their divorce in March 2019, but they have agreed to joint custody of their three young daughters.

Jack has had many TV roles since The Osbournes, staring in several episodes in Season 6 of Dawson's Creek and That '80s Show.

He has also co-hosted Celebrity Westling: Bring it On! and more recently went on a televised road trip with his dad for Ozzy & Jack's World Detour series which aired on the History Channel.