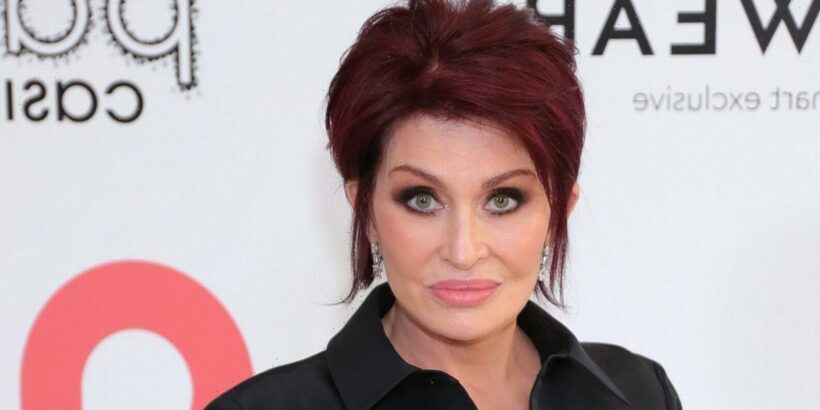 Sharon Osbourne has revealed that she underwent ketamine therapy after she was let go from the US show The Talk following a debate about race.

The 69-year-old star was a panellist on the show, which aired on CBS but faced backlash after she defended Piers Morgan’s views on Meghan Markle with her co-host Sheryl Underwood.

Sharon told The Times that CBS had told her that she was on “permanent suspension” as they didn’t think she was “repentant enough” and were deciding whether to “ever let her come back”.

The star featured on The Talk for eleven seasons before she was suspended, then subsequently removed, from the show after she spoke upon Piers’ views on Meghan, which Sharon claims resulted in death threats.

She opened up about the ordeal: “They were saying they were going to come in the night, cut my throat, cut Ozzy’s throat, cut my dogs’ throats. I said: 'I’m not going out, I’m not doing anything!' I just couldn’t stop crying.”

Sharon said that she cried because “all she could think about” was “all the things” she had been through in her life, for her to “now be called a racist,” which she branded as “insanity”.

As a result, Sharon went in for months of ketamine therapy which was used to “induce dissociative anaesthesia, sedation and amnesia”.

Sharon explained that the drug “relaxes” someone if they “stuff things down and suppress things”.

She delved into the experience itself and said that it didn’t knock her out “completely” and that she could “still hear and talk,” but said that she just felt “so relaxed”.

The former X Factor judge also said that users “can’t b*******” whilst under the influence as its a “truth drug”.

Sharon has also claimed that the conversation between herself and co-host Sheryl was pre-planned to create drama.

Sharon was particularly ridiculed for one moment in the interview when Sheryl began to cry, to which Sharon told her to stop.

Viewers didn’t like the fact that she had told her to stop crying over a race issue, but Sharon insisted that things weren’t as they seemed and even claimed that Sheryl wouldn’t talk to her during the commercial break.