Just across the river from the MCG, Melburnians have long celebrated and sang along to everything from Christmas carols to Red Hot Chili Peppers at the Sidney Myer Music Bowl.

Sixty years after it opened, the bowl hosted Kylie Minogue last month in what was her first hometown show since 2015. Fans seemed overjoyed to be singing along with our Kylie, but also to be sharing the experience at the city's much-loved open air venue. 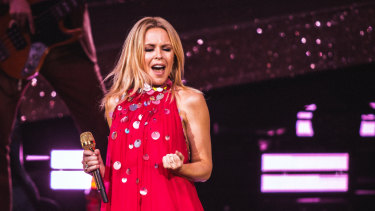 Officially opened in 1959 by prime minister Robert Menzies, the bowl was a gift to Melbourne from the Sidney Myer Charity Trust, created by businessman, music lover and philanthropist Sidney Myer to benefit all Melburnians and visitors to the city.

It's incredible being part of the carols – you get goose bumps being out there.

Rhonda Burchmore has been on stage many times at the bowl and told The Age the annual Carols By Candlelight shows hold a special place in her heart and memory, not only because of the sea of flickering candles and people singing along, but also because her late parents and sister would regularly make the trip from Sydney to see her perform.

"It's incredible being part of the carols; you get goose bumps being out there," she said. "I recall sometimes performing in absolutely freezing conditions and other nights it would be 30-odd degrees. It's such a beautiful vibe being on that stage and the bowl filled with people."

Arts Centre Melbourne’s head of contemporary performance David Anderson, who was a long-serving venue manager at the bowl, said it was "a bit perverse" that one of the nation's greatest outdoor venues was built in the city with the most unreliable weather. But he added that "the people of Melbourne are very committed" as a recent Paul Kelly performance at the bowl proved.

"The weather ahead of Paul Kelly's show [in December] was apocalyptic, and yet the show went on,'' Mr Anderson said. "I think that says a lot about Melbourne – strength through unity. The people of this city don't care if it's snowing or hailing; they love their music and they're committed.''

Midnight Oil's return shows at the bowl last year included a night of less than perfect weather, when again fans turned up in the rain to enjoy one of this country's greatest bands. The Oils, along with INXS, Cold Chisel and AC/DC, are among the bands to have played several times at the bowl.

If Kylie's Golden tour this year was thrilling for fans, then the golden period of rock 'n' roll in the 1970s was almost custom built for live shows at the bowl. Paul McCartney's band Wings, the Beach Boys, Electric Light Orchestra and AC/DC all rocked the venue, while Bob Dylan, Neil Diamond and ABBA played famous shows there in the '70s. 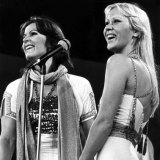 In the aftermath of an AC/DC concert in 1981, the venue was closed to concerts. Noise complaints from nearby neighbours contributed to the bowl being used more for ice skating than concerts in the 1980s.

A refurbishment, combined with improved speaker systems, meant that from the early '90s the bowl was again back in favour. The Oils returned, so too did John Farnham, Billy Thorpe, while  Pearl Jam played there with Melbourne's own Meanies in 1995, Bands as diverse as REM and the Wiggles attracted huge crowds to the bowl in the '90s.

"It's got the most beautifully designed relationship between audience and artist of probably any large venue that I've been,'' Mr Anderson said. "I've been side of stage when Neil Young and Red Hot Chili Peppers have played there. When they walked on stage and the crowd went berserk, it just about pushes you back when they let rip with their appreciation."

Carols By Candleight has been held at the bowl every year since it opened, including the period when it was being refurbished, meaning the intricate web of steel ropes that hold up the roof were visible to performers and the audience that Christmas eve.

As the 2000s ticked over, new events such as dance festival Summadayze attracted the crowds, along with the likes of Ben Harper, Bon Jovi and heavy metal legends Metallica, who rocked the joint in the summer of 2004, soon after the release of their chart topping album St. Anger. Less angry were the Pet Shop Boys,  Jamiroquai and the Cat Empire, who all played at the bowl in the noughties. 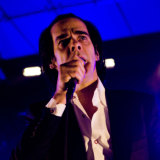 Nick Cave and The Bad Seeds recently on stage at the Sidney Myer Music Bowl in Melbourne.Credit:Paul Jeffers

More recently, such hometown favourites as Paul Kelly, Kylie, Nick Cave and Tash Sultana have again made the bowl the place to be.

It's more than five decades since a crowd estimated at 200,000 people (spilling into the grounds of King Domain) flocked there in 1967 to hear the Seekers' homecoming concert.

Now, six decades after it opened, the bowl is welcoming yet another generation of musicians and music lovers.