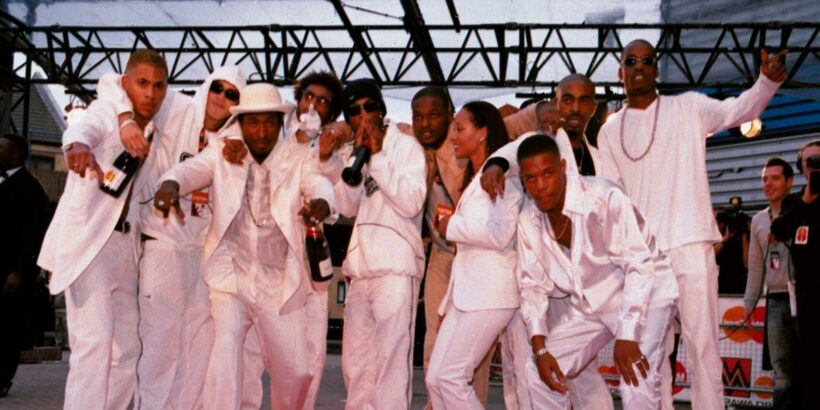 Want to feel old? It's been 21 years since So Solid Crew burst on the scene with their hit 21 Seconds.

A novel idea, the 2001 garage track consisted of 21-second long snippets of rapping or singing by the collective's various members.

It was the first UK garage track to reach No. 1 in the Official Chart, selling 423,000 copies in total.

The group, formed in Battersea, south-west London, was everywhere for a brief period in the early noughties before its individual members explored other solo ventures in the entertainment world and elsewhere.

It certainly hasn't all been plain sailing, though.

With most members now in their early 40s, over the past two decades there have been cheating scandals, health problems, prison time and even murder convictions.

Two decades on from their culture-defining single, we've taken a closer look at what came next for So Solid Crew's main members.

The nearest to a household name that you'll find in So Solid Crew, Asher D, aka Ashley Walters, is now a well-regarded actor.

He was already a minor celebrity when So Solid Crew was formed, having starred in Grange Hill as a youngster.

A rapper in So Solid, he has since won critical acclaim for his lead role as Dushane in Netflix hit show Top Boy.

Walters has also appeared in shows including Holby City, Doctor Who and Bullet Boy.

But the road to acting success was not exactly smooth. In 2001, just after So Solid exploded on the scene, he was found to be carrying a loaded gun following an argument with a traffic warden. He was sentenced to 18 months in a young offenders institute.

He's also been fined for offences including assault, possession of cannabis and using threatening words and behaviour in three separate incidents between 2014 and 2016.

Walters, 39, has turned his life around and is now a major actor.

The Arsenal fan last month shocked fans when he revealed on TikTok that he became a grandfather at 38 and is a dad to eight kids.

Lisa Maffia was the only female member of So Solid Crew.

When So Solid members went their separate ways, she looked set for solo success as her debut, All Over, made it to No.2 in the chart.

However, her album, First Lady, failed to make the Top 40 and she left her record label, turning her attention to other ventures.

She took part in the Channel 4 reality TV show The Games, earning a silver medal just behind presenter Kirsty Gallacher. She has also done a spot of modelling and dabbled in interior design and the salon business.

In early 2021 she found herself in court over a spat with a friend over some hair straighteners.

The 41-year-old songstress was alleged to have stormed into the south London salon, Bekah Aurora, and scratched Rebekah Groves, who she had "treated like a sister". She was later acquitted.

Later that year she left fans gobsmacked when she shared gory snaps of her hair transplant.

She unveiled her new hairline to her Instagram followers after opting for the surgery following damage caused by years of tying it back.

She is also set to release a new EP the following month.

MC Harvey didn't find fame too hard to come by after his So Solid days, although he was rarely in the headlines for the right reasons.

He married Mis-Teeq singer Alesha Dixon, now a big star in the world of TV, in 2005, as the pair became a hot young couple.

But it all came crumbling down and they divorced a year or so later in November 2006 after she discovered Harvey, whose full name is Michael Harvey Jr, had been having an affair with his West End co-star Javine Hylton.

Harvey had a relationship with Javine after his split from Alesha but that too ended after he was once again caught cheating.

Career wise, he launched a brief solo career after leaving So Solid and has acted in a West End production of Daddy Cool as well as in British gangster flick, The Big I Am, as well as another flick, The Naked Poet.

He took part in The Games and Celebrity Big Brother and has played football for non-league sides including AFC Wimbledon, Aldershot Town and Lewes.

In August 2015, he appeared to find happiness, marrying Ghamzeh Mahdizadeh. However, he reportedly her weeks after their wedding.

Harvey and Javine have a 13-year-old daughter, also called Javine. He also has a daughter, Persia, four, from his relationship with Ghamzeh.

He spent 10 weeks in prison in 2016 for driving without a licence or insurance.

He also had a short career in football, turning out for non-league sides, including AFC Wimbledon and Aldershot.

Now 43, he is engaged for a third time, this time to girlfriend Mia. He announced the news on his Instagram page in late 2021.

He recently revealed on his Twitter that on Saturday, May 14, he will be stepping onto the pitch again for AFC Wimbledon to raise money for St George's Hospital Charity.

MC Romeo, who supposedly got his name due to his success with the ladies, was a pin-up for young women in the early 2000s.

A year after bursting on the scene with So Solid, he released his debut solo album, Solid Love.

He had two singles, Romeo Dunn'em and It's All Gravy, which made the top 10 in the UK Chart.

However, like Lisa Maffia, his album flopped, with a lousy 40,000 copies sold, and he changed his focus to reality TV.

He appeared on The Games, Celebrity Big Brother and even his own show, Fool Around With… Romeo on Channel 4 in 2005, as well as Don't Tell the Bride, owing to him being his brother Darnell Dawkins' best man in 2009.

Romeo, real name Marvin Dawkins, was charged with wounding with intent to cause grievous bodily harm in 2004 related to a slashing incident in Leicester Square.

So Solid Crew producer Carl Morgan has spent much of the time since the group's success behind bars.

He was found guilty of murdering 24-year-old Colin Leyon Scarlett in November, 2004.

Colin was the partner of Carl's ex-girlfriend, who is the mother of two of his children. He had been in a fight with So Solid star, who returned later that day with a gun and shot him dead.

A judge recommended that he spend at least 30 years behind bars and he is not expected to be eligible for parole until 2034, when he will be 53-years-old.

He was accused of encouraging Power to pull the trigger, but in 2006 he was eventually cleared of all charges, only after spending a year behind bars on remand.

During the trial, he told the court: "Why would I want to go into music and make something for myself and still be a violent character on the streets? It doesn't make sense."

In 2012, he was involved in a brawl at a Birmingham nightclub. He admitted affray, telling the court he thought the victim was carrying a knife.

One of the founding members of the So Solid Crew, G-Man, aka Jason Phillips, was riding a wave of success in the early 2000s as the group took the nation by storm.

G-man was apparently the brains behind the lyrics to 21 seconds and worked as an executive producer for the group.

Sadly, he is yet another member of the crew to have had brushes with the law.

G-Man was jailed in 2003 for fleeing a drug scene with a loaded gun and was later sentenced to four years behind bars.

Back when the So Solid Crew were flying high, Kaish, real name Shane Neil, was front and centre.

However, in 2003 the Bangladeshi-born rapper was also implicated in the incident involving bandmate Phillips.

He was charged with offering to supply a controlled drug and possessing a gun on the basis that he allegedly knew Phillips was armed. The charges were later thrown out of court.

He has since continued his work with So Solid Crew and joined Twitter in 2013 as part of their collective comeback.