It’s official – after the reunion that never was (aka GEM) a few years back, the Spice Girls (well, all of them bar Victoria Beckham) are back together once again, and there’s more to their comeback than that previously-leaked appearance on The Jonathan Ross Show (coming up this Saturday, November 10, FYI).

Mel B (very briefly) confirmed details of their grand reunion tour in 2019 during an appearance on Loose Women, after what feels like an eternity of rumours and speculation about just what they had in store for us.

And now, it’s all official, complete with a 60-second news dispatch.

Spice Girls reunion tour dates: How to get tickets

Want that list of tour dates in an easily-digestible format? Well, look no further. Tickets officially go on sale this Saturday, November 10 at 10.30am, so set your alarms:

So far, six shows have been officially confirmed – although if there’s unprecedented demand (and let’s face it, there almost certainly will be, it’s only the bloomin’ Spice Girls after all), who knows? There could be more… and there’s a number of suspiciously large gaps in that itinerary…

Jess Glynne will open for the girls during the stadium shows.

Spice Girls reunion tour: What the girls are saying

Here’s what Mel B has shared during her Loose Women appearance: “Hopefully you’re going to buy some tickets and come and see us! It’s just the four of us that are fully confirmed.”

The Loose Women panel also asked Mel what the odds are on Victoria joining the girls at some point, and she replied: “I hope so. I think it would be a shame if she didn’t… she’s got a full-on life with all of her work commitments and her fashion line and her kids.

“So you know, she’s just kind of not committing just yet. I’m hoping it’s going to change, but definitely us four.”

And Victoria has certainly given the ladies her blessing, saying in a statement: “Being in the Spice Girls was a hugely important part of my life and I wish my girls so much love and fun as they go back on tour.

“I know they will put on an amazing show and the fantastic fans past and present are going to have a wonderful time!”

A brief summary of how we all found ourselves here.

Now, because, as we all know, friendship never ends, in February 2018 all five members of the Spice Girls got back together… for this lovely photo.

But wait! There was more! An official statement soon followed teasing a host of Spice Girls-themed possibilities: “We have enjoyed a wonderful afternoon catching up and reminiscing about the amazing times we have spent together. We are always overwhelmed at how much interest there is across the whole world for the Spice Girls.

“The time now feels right to explore some incredible new opportunities together. We all agree that there are many exciting possibilities that will once again embrace the original essence of The Spice Girls, while reinforcing our message of female empowerment for future generations.”

There was even talk at one point of the Spice Girls reuniting at the royal wedding, accelerated when Mel B appeared to hint that all five would be present for Harry and Meghan’s big day. But Mel C revealed that the rest of the band were never actually invited – which became pretty clear when only Victoria Beckham turned up. 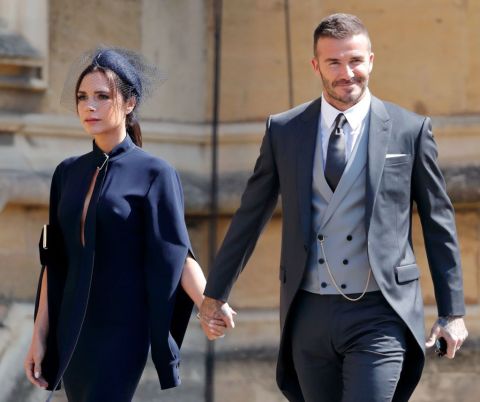 Then, in June, Emma Bunton spoke out about reports of an animated movie featuring the girls, confirming it was “something that we’re talking about”.

Naturally, talk of a tour, or live shows of some kind, has never been too far away. But back in September, Mel B had already prepared us for the fact that any reunion tour would likely not involve Victoria – so that doesn’t come as a huge surprise (and probably paved the way for this Halloween costume). 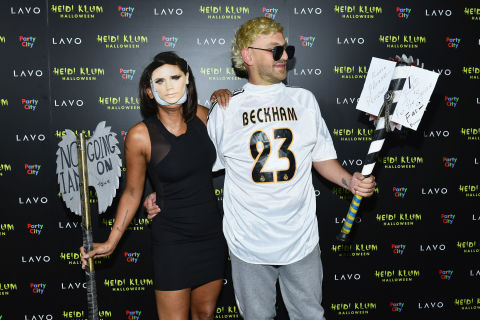 And while we were waiting for further news, there was even an exhibition called SpiceUP that toured the country, with a load of memorabilia from the band’s career on display.