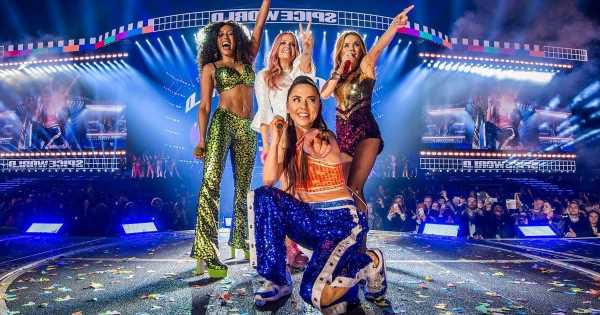 The 1990s group joined the Queen and Prince William in celebrating the team's 2-1 win at Wembley in front of 87,000 fans yesterday (Sunday) evening. It is England's first major trophy after the men's side won the World Cup in 1966.

Fans were quick to respond to the band's message. One said: "Things like this are the pinnacle of that lesson you taught me as a kid back in the 90s. I AM PROUD OF OUR WOMEN!!!"

Melanie Brown, also known as Mel B; Melanie Chisholm, or Melanie C; Emma Bunton; Geri Halliwell; and Victoria Beckham. redefined the girl group concept by targeting a young female fanbase in the mid-1990s. Before the match the Spice Girls had also wished the Lionesses good luck.

For the latest breaking news and stories from across the globe from the Daily Star, sign up for our newsletter by clicking
here.

But the footballers' achievement also found royal favour. The Queen said in a message to the winning women: "The championships and your performance in them have rightly won praise. However, your success goes far beyond the trophy you have so deservedly earned.

"You have all set an example that will be an inspiration for girls and women today, and for future generations. It is my hope that you will be as proud of the impact you have had on your sport as you are of the result today."

Prince William, who is president of the Football Association and watched the match live at Wembley, described the match as "sensational", adding "the whole nation couldn't be prouder of you all".