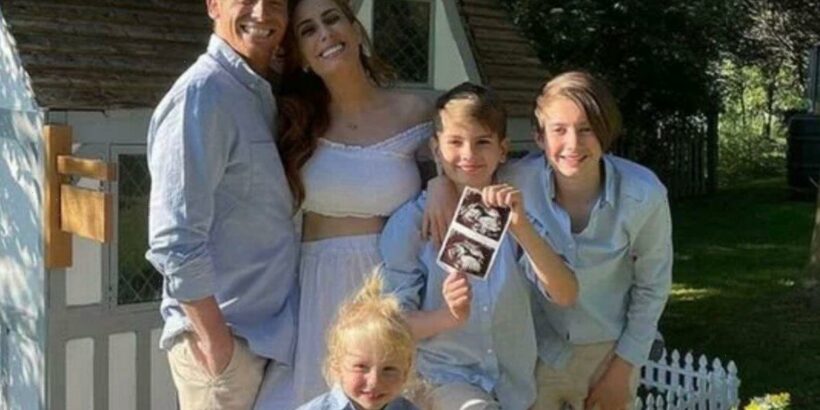 Stacey Solomon rushed her youngest son Rex to hospital after a fall in the garden left him injured as she kept her fans updated with his condition.

Stacey, 31, took to her Instagram Stories to tell her followers that her youngest son Rex, 2, had suffered a "nightmare" fall at home.

She told them that Rex had an injury on his lip which needed medical attention, and they quickly decided to take him to hospital after realising he was bleeding.

Sitting in the garden of their new home, Stacey and Joe sat together as she said: "We had a nightmare yesterday. Rex fell over in the garden and we were like, 'Up you get,' and then we looked and it was not an up you get situation.

"He hurt his lip so we took him into A&E and he had some little butterfly strips put on."

Stacey added: "I'm going back today to get him proper stitches, because it's in a really awkward place.

"But he was so good and he didn't make a sound.

Stacey then revealed that Joe had been worried than she was, as she passed the camera over to him and said: "Joe on the other hand…"

Joe shook his head and said: " "Honestly, when the kids are hurt."

Stacey giggled and added: "He had to leave the room and he was crying. Bless your soul.

"I'll be looking after Joe today more than Rex," before adding: "I love you."

Stacey then told her fans in her final story post that they were going back to the hospital to get some proper stitches to replace the butterfly ones, as she apologised for being absent from social media.

She said: "We are off this morning to get some proper stitches as the butterfly ones won't hold in the awkward place.

"But luckily everything is absolutely fine. Rex is OK and smiley as ever this morning.

"I'm nervous for today but I know he will be a little star and I will be there the whole time. We will send daddy off to get some supplies."

Stacey and Joe's health scare comes just says after Stacey revealed that she is expecting her fourth child, and her second with fiance Joe.

The pair have decided to postpone their wedding, which had been scheduled for the summer, as Stacey said they wanted to have all of their children to be there when they got married.