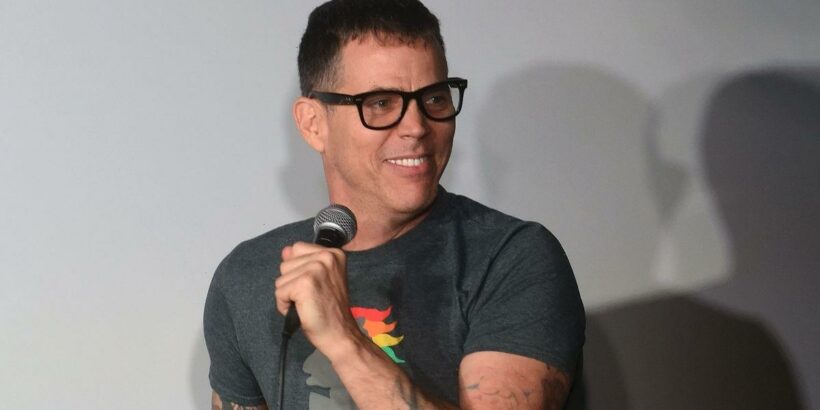 Jackass star Steve-O has opened up about one of his “closest calls”, when he kicked a shark in the head just as it almost bit his foot.

Steve-O, whose real name is Stephen Gilchrist Glover, is one of the stars of comedy series Jackass, a popular franchise where the group’s members are filmed performing daring stunts for viewers’ entertainment.

In a new movie released recently, ‘Jackass Forever’, Steve-O was even paralysed from the waist down by a doctor before attempting to run with his legs numbed.

Now, in an interview with fellow star Johnny Knoxville on his podcast ‘Steve-O’s Wild Ride’, the dare-devil has opened up about one of the more frightening circumstances he found himself involved with.

Steve-O picked out the infamous ‘shark bait’ scene from season two of the show, when he pierced his cheek with a bait hook before jumping into the shark-infested sea.

“I had chopped up barracuda fish strapped all over me, and then Manny [Puig] put me in the water with the sharks,” he recalled.

“I remember my dad saw the news, and he said,’how can it possibly be safe to be covered in chum swimming with sharks?’

“We put the fish hook through my face, and cast me out to the sharks.

“Manny’s chumming the water; treading water, hacking up fish, and he sees this mako shark just going after me like it’s going to bite my foot.”

Steve-O explained that this was one of the very few times he had seen his co-star becoming uncomfortable, and remembered him yelling a warning to watch out.

He continued: “I hear that, and so I’m like, ‘f*** and I panic, and I go to kick and to swim away, and in that motion, I inadvertently kick the mako shark in the head as it’s going for my foot… Which was arguably one of the closest calls I’ve ever had.”

“It was like years later, I asked Jeff Tremaine, ‘if that mako shark bit my foot, we were two hours away from the coast of hurricane-devastated Louisiana, what was the plan, like a helicopter?’ and Tremaine said, ‘oh, we didn’t have a plan’.

“How do you explain how lucky we’ve been?”

The fourth film from the popular franchise is out in cinemas now, but doesn’t feature former co-star Bam Margera, who hit out at Johnny and Jeff following his removal from the film after he reportedly failed to follow-through with rehab.

To get more showbiz stories from Daily Star delivered straight to your inbox sign up to one of our free newsletters here.