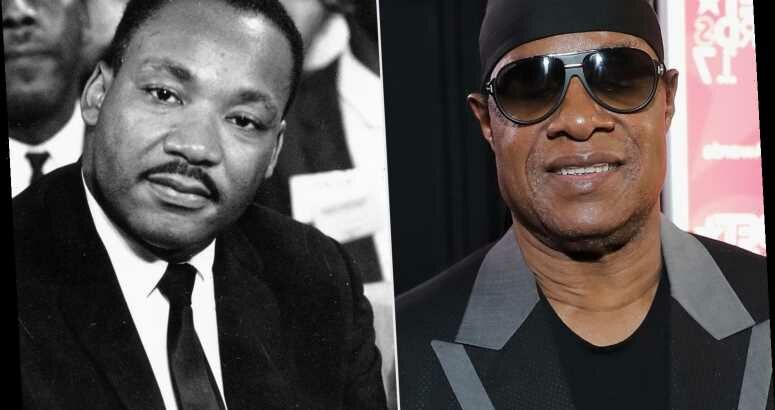 Stevie Wonder is honoring Martin Luther King Jr.'s legacy by calling on politicians to make progress towards an equal society.

The "Isn't She Lovely" singer performed a spoken word letter in a video posted on Twitter on Monday in honor of the Civil Rights activist's birthday.

"Dear Dr. King, I met you when I was 14 years of age. You were a true hero and you became an inspiration," Wonder, 70, began. "I've been blessed to write songs of hope, love and motivation, many of them inspired by your life. More than any award I've ever received, I want you to know that I am thankful for how you influenced my place of love, which allowed me to try to push the needle of love and equality forward."

The singer then voiced his criticism of the lack of racial equality and acknowledgment of Black people's truth since King's death in 1968.

"It is painful to know that needle has not moved one iota," Wonder continued. "For 36 years, we've had a national holiday honoring your birthday and principles, yet you would not believe the lack of progress."

"It makes me physically sick. I am sick of politicians trying to find an easy solution to a 400-year problem. I am sick of some people using God as a convenience rather than a commitment. I am sick of lies and deceit that dominate our reality. I am sick that truth is struggling to be heard and defended," he went on.

Wonder directed his attention to politicians and their promises of racial equity without policy implementation. "Until we turn our mouth movement into righteous action, we're doing our nation, God and your memory an injustice," he said.

The Motown musician specifically called upon President-elect Joe Biden and Vice President-elect Kamala Harris to "launch a formal investigation to establish the truth of inequality in this country." "Dr. King, these times require courage, as they did when you lived and paid the ultimate price," Wonder continued. "On this day, a day in your honor, I pledge to have the courage to say what I see and acknowledge what I hear."

"In your spirit, I call on all those in the Senate to speak truth to what they know they can physically see and begin the steps towards accountability, forgiveness and then healing," he concluded presumably in reference to the second impeachment of President Donald Trump.

Wonder was instrumental in calling upon officials to create a national holiday in King's name.

On January 15, 1981, the singer performed his rendition of "Happy Birthday" at the National Mall in Washington, D.C. for the late activist.

"We ought to have a way to honor this human being and reaffirm the ideals he lived and died for," Wonder said in a speech. "Designating his birthday a national holiday would create an event for all Americans, for Dr. King was a champion for justice and liberty."

Martin Luther King Jr. Day was first celebrated as a federal holiday on Jan. 20, 1986, and continues to be honored on the third Monday of the first month of the year.