"I'm starting to like who I am," says Jimmy Barnes, in the soon-to-be released film version of his award winning autobiography Working Class Boy. It's a nice comment to hear from the man, known fondly as "Barnsey'' by his adoring fans, but who reminds us he was born James Dixon Swan before he became Jimmy Barnes. If you've not read Working Class Boy already, you should. It's an unflinching, totally raw and honest account of his childhood through to the time he first joined arguably Australia's greatest rock 'n' roll band. The book and now the film, directed by Mark Joffe, pulls no punches, much like many of the folks who filled Barnes' early life. Even great mate and Cold Chisel guitarist Ian Moss says "I had no idea he'd been through that," referring to Barnes' turbulent upbringing. However, this is a triumphant story, one that inspires and makes the hairs stand up – the way Chisel's greatest songs still have the power to do. Jimmy Barnes: Working Class Boy will be in cinemas across the country from August 23 and the expansive soundtrack will be released on August 17, featuring live performances and music created for the film.

album of the week
Ramones
Road To Ruin
(Sire)
★★★★
Forty years ago the Ramones, including new drummer Marky Ramone, were in a New York studio putting the finishing touches on this, their fourth album. 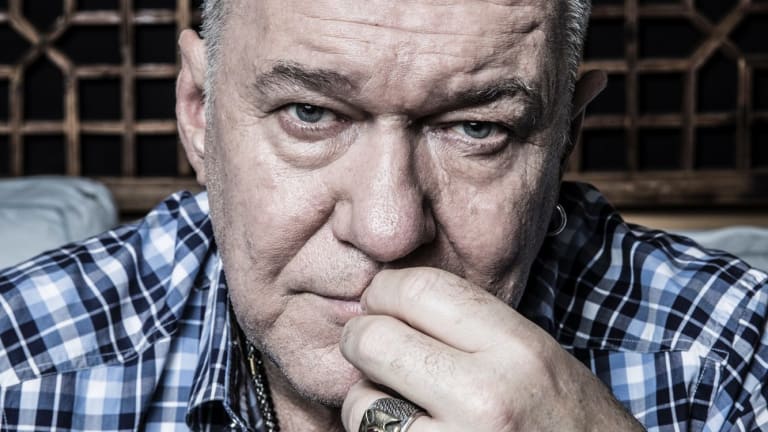 Jimmy Barnes’ Working Class Boy, in cinemas around the country next month.

Some critics later suggested it had a little too much polish, it wasn't true enough to the band's earlier sound and style, but four decades on there's little doubt it's stood the test of time.

Co-produced by Ed Stasium and original drummer Tommy Ramone, who died four years ago, Road To Ruin features a heartfelt cover of the Searchers' Needles and Pins, a classic in I Wanna Be Sedated and the tough as nails Bad Brain.