A farewell hometown show for Melbourne's RVG, who leave next week for a European tour, comes with added smiles all round after the band this week signed a deal with overseas label Fat Possum Records. RVG (aka the Romy Vager Group) is Romy Vager on vocals and guitar, Reuben Bloxham on guitar, Angus Belle on bass guitar and Marc Nolte on drums and collectively they've had a hugely exciting past 12 months. The group's A Quality of Mercy album, originally released by themselves more than a year ago, has since garnered attention far and wide after being recorded for just a couple of hundred dollars at venerable rock 'n' roll institution and live music venue, The Tote. In March the band showcased at the SxSW music festival in Austin, Texas, and only last month RVG collected four nominations at the annual Australian Independent Record Labels Association awards, including the best album category alongside Jen Cloher, Methyl Ethel, Alex Lahey, the Jungle Giants and Alex the Astronaut. RVG will play three shows at the UK's Great Escape festival later this month, putting them in front of what's sure to be their biggest crowd, so far. A Quality of Mercy is released locally on the Our Golden Friend label.

album of the week William Crighton Empire (ABC Music/Universal) ★★★★ William Crighton makes quite an impression, both in person and musically. A few years ago while on board a paddle steamer on the Murray River, Sticky was piecing together memories of the night before while Crighton performed at the opposite end of the vessel. Several hazy, humorous recollections soon seemed trivial as his booming voice filled not only the boat, but wafted across the water and up the banks of the river to reach passersby in nearby streets and stores. Like a preacher with a powerful message, Crighton's songs are fuelled with enormous passion and hope for a better, brighter future. 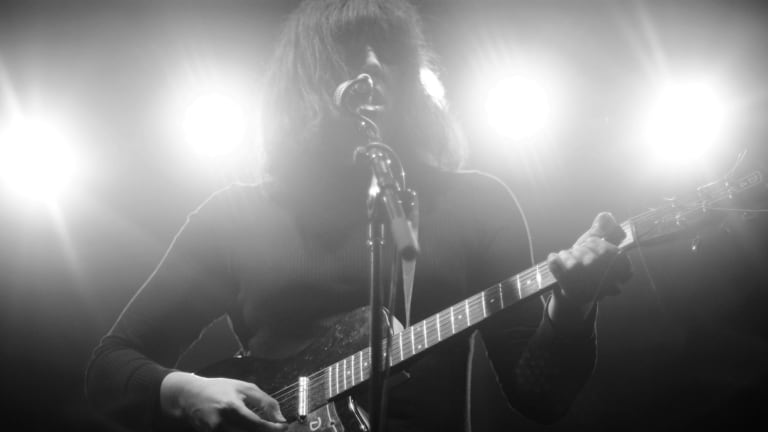