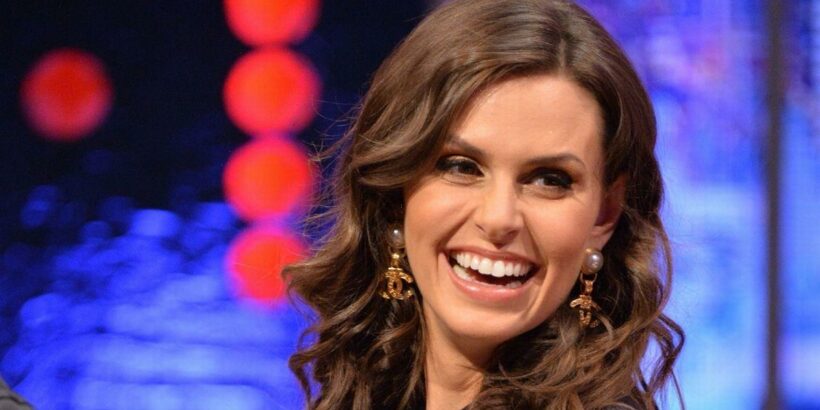 Strictly Come Dancing star Ellie Taylor has taken to Instagram to show off her bare faced beauty while she worked out.

The former contestant showed fans her fresh face after finishing a quick ride on her bike and looked stunning as she posed for the selfie.

Her selfie showed the star wearing a grey Adidas hoodie as she posed with her eyes closed, her face a picture of bliss as she held her manicured hand underneath her chin.

Ellie flashed a full grin at the camera and her skin glowed in the sunlight as she showed off about her achievement.

The mother-of-one wrote: “Did it and now radiating smugness – apologies.”

Taylor’s gorgeous selfie comes after she gave her Instagram followers a glimpse into her morning and showed them how she gets hyped up to work out.

Ellie began her day by informing her followers that she had forgotten about Christmas jumper day at her child’s nursery before complaining about her workout.

Taylor zoomed in on the Peloton bike and joked that it is her “nemesis” and is “always watching” the comedian from a window in her house.

Ahead of her workout, Ellie got “distracted” by a tin of biscuits but soon hopped on the bike for a workout.

She filmed herself pedalling and wrote: “We turned the radiator off in the Peloton room, so yes, this is how I will be starting my class. And yes, that is my nightie peeking out under a hoodie,” before she added the hashtag “athlete”.

Ellie kept it real and filmed herself working out in a grey hoodie, khaki leggings and a red beanie as she pulled a face at the camera.

The comedian then filmed the Peloton screen and commented on her workout.

She wrote: “There’s only one man who can get me and my bobble [through] this (even if I do, I hate the classes with people in the room because I don’t like sharing,” and tagged the Peloton instructor.

In her previous Instagram story, Ellie told her followers that she had asked her daughter whether she wanted pudding, and received a rather unusual response.

Her child asked for butter, which led Ellie to post a hilarious video of herself fake crying along to Fifth Harmony’s That’s My Girl.