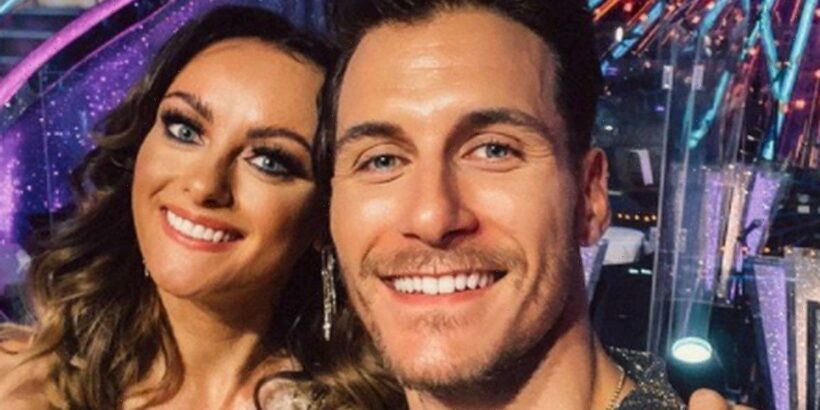 Strictly Come Dancing star Gorka Marquez has hit back at claims he is feuding with his celebrity dance partner Katie McGylnn.

The 31-year-old professional dancer responded to rumours of a feud with the Hollyoaks actress after viewers claimed they noticed tension between the pair during latest series of the hit BBC dancing show.

Gorka has since set the record straight regarding his relationship with the former Coronation Street star, denying rumours that the pair weren't connecting.

Also addressing the rumours was dance partner Katie, 28, who took to social media to put to bed any speculation that the two don't get along.

"Thank you to everybody who voted and supported us it means the world. We’ll keep working hard and giving our best," said Gorka.

He added: "And to those who think that we aren’t getting on keep thinking it."

This comes as the pair found themselves in a dance-off during this weekend’s episode of Strictly.

The duo beat out rival pair Nina Wadia and Neil Jones who were eliminated from the competition.

Writing on Instagram after the narrow escape, Gorka added: “Well… that was intense. Not the best feeling to be in the Dance off but I couldn’t be prouder of you @katiexmcglynn and how you gave your everything on that floor.”

Katie also fired back at the rumours by posting on Instagram, telling her 325,000 followers that she was "feeling lucky and humbled to still be in the show and to be performing with the best partner Gorka Marquez again next week!!"

Rumours of a feud between the pair began by after fans notice a series of tense looks during the dance off, with some Strictly viewers convinced this showed signs of tension between the dancing duo.

One Strictly fan posted: “Gosh Gorka and Katie look tense with one another. I wonder do they even like one another.”

Another wrote: “Oh dear, I'm not digging the vibes from Gorka and Katie tonight.”

The remaining fourteen couples will take to the dancefloor next week in a Movie Week Special when Strictly Come Dancing returns on Saturday 9 October at 6.45pm with the results show on Sunday 10 October at 7.10pm on BBC One.