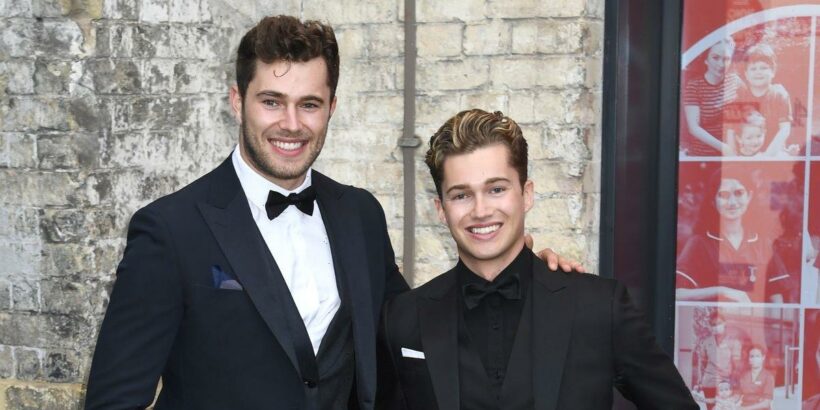 AJ Pritchard and his ballroom dancer brother Curtis have spoken out about the recent Strictly Come Dancing scandal.

Ex-Strictly star AJ has called out the show and slammed his former professional co-stars after three of them refused to get their Covid vaccine.

The ballroom dancer brothers said they think those who refused to get the jab should be axed from the main Strictly line up.

Love Island star Curtis the BBC should instead pair a celebrity with a backup dancer who has already had the Covid jab.

The 25-year-old spoke alongside his brother on Thursday’s Good Morning Britain and said: "There’s always reserve professionals on there isn’t there.

"So if they’re thinking of pulling the show I don’t think that should happen. Maybe remove the pros that aren't getting the jab. But not get rid of them or fire them. There’s always reserves on the show.

"So bring the ones in that have had the jab this year. Put the other ones on the reserve list.

"They’re still part of the programme, and the show can go on and move forward."

AJ went on to say he and his brother have had both jabs.

He continued: "All I can say is personally, our actions speak louder than words.

"We’ve gone and helped at vaccination centres, helped people get the jabs, we’re both double jabbed. We feel like the entertainment industry, the live feeling is to get that backup and running, the jab is helping."

The 26-year-old star added: "We believe it helps and its safety first."

Curtis, who appeared as a professional dancer on the Irish version of Strictly admitted it would a shame if Strictly got pulled off the air because of the drama.

He continued: "I hope the show can go on, I really, really do. It’s a fantastic show and we all know, coming up to Christmas, Strictly is that lead up to Christmas. I just hope they don’t pull the show."

It comes as at least three Strictly Come Dancing professional dancers have refused to take the jab.

This has led to BBC bosses fearing more pro dancers the following suit.

A source told The Sun: "The simple truth is the BBC doesn't know who is or isn't vaccinated.

"It's believed to be three but it could easily be double that. There are very strict rules about this and nobody is being asked officially to disclose their vaccine status.”