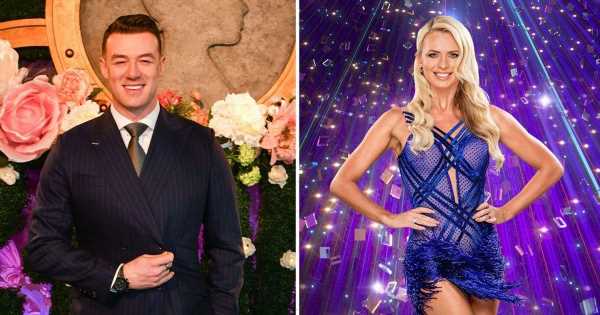 Nadiya Bychkova is "torn" as her rumoured romance with Kai Widdrington heats up, according to reports.


Speculation over the Strictly pair's connection has swirled for months, and recently reached fever pitch when an insider disclosed to The Sun that they had been kissing during a charity ball

Now a new source has said that the pair are like "bees to a honeypot" with their chemistry reportedly blossoming in the spring.

The two have got so attached that Nadiya even feels unhappy when she's not around him, it has been claimed.

They told OK! magazine: "Nadiya and Kai are like bees to a honeypot, they have an unbelievable attraction and chemistry. They've tried to cool things off but they just can't." "She's really unhappy when she's not with him. Nobody knows exactly what's going on though because she still has her fiancé back home."

As they grow closer, Nadiya has been left with a decision as to whether she wants to take things any further, and Kai has reportedly been "really patient" while he waits for her to decide.

The source adds: "Her family wants her to be able to make her own decision and be happy. She's really torn and she does feel guilty.

"She has a little girl with her fiancé too which makes it even trickier but she just can't make her mind up."

It comes after Kai was caught getting cosy with a mystery woman back in February.

After a Strictly Come Dancing show while on tour, the 26-year-old professional dancer was snapped while engaged in conversation with an unknown blonde lady.

Wearing a sequin dress, the mystery woman looked ultra-glam as she gazed up at hunky Kai while the pair enjoyed a deep conversation.

The Daily Star has approached representatives for Nadiya Bychkova and Kai Widdrington for comment.