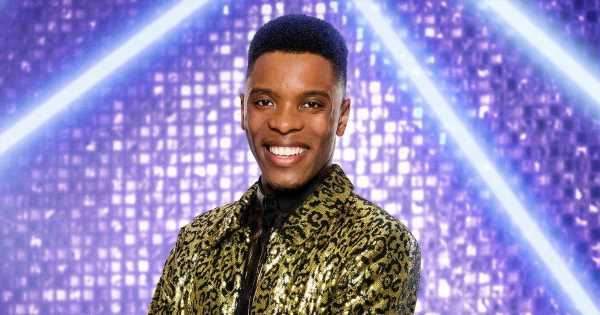 BBC presenter and Strictly Come Dancing star Rhys Stephenson burst onto screens on Saturday night after it emerged he will be competing with professional dancer, Nancy Xu.

However, this isn't Rhys' first brush with the BBC dancing competition as the CBBC star is currently represented by a company created by former contestant, Joe Sugg.

The 27-year-old star is best known as TV presenter, appearing on shows such as Blue Peter and Saturday Mash-Up but will now win over a whole new fanbase as he takes to the famous dancefloor.

Daily Star can reveal that Rhys' career is managed by the team at Margravine, founded by YouTube and social media megastars, Joe Sugg and Caspar Lee.

The BBC declined to comment when asked whether Rhys' background with Joe and Dianne had any part in him signing up for the competition.

Rhys has previously revealed that he believes he may have an advantage over his fellow co-stars, after admitting that he has some dancing experience.

He has previously said that he has "good rhythm" and believes he could go far in the competition as he competes alongside the likes of Judi Love and Olympic legend, Adam Peaty.

London-born Rhys said: "I back myself I’ve got a good rhythm," before admitting that he has trained in dance before.

He continued: "I’ve always enjoyed dancing I've always had fun with it and in school, I did street dancing, learning a routine is not new to me but I haven't done that kind of stuff in a little while.

"But I'm always ready to get in there and learn a routine and dance."

The Express reports that Rhys went on to say: "But all the time it's always been on my own I've never really done a routine where I've had to hold someone or lift someone.

"I trust my partner as well that's where my strength is going to come from."

Rhys has vowed to not ditch his cheeky-chap persona while competing on the BBC programme.

"I can't just abandon CBBC, I probably won't be on as much, obviously because I'll be rehearsing, but I can't stay away from Hacker The Dog that long," he said.

Rhys also admitted that he was "buzzing" to slip into some shiny clothes and take to the famous BBC dancefloor.

He said: "I have dreamt about being on this show, and I know for a fact that it is going to exceed every expectation.

"I cannot wait to experience it all: the costumes, the orchestra, even Craig's glare! I am READY!"

Daily Star has reached out to Margravine Management for comment.