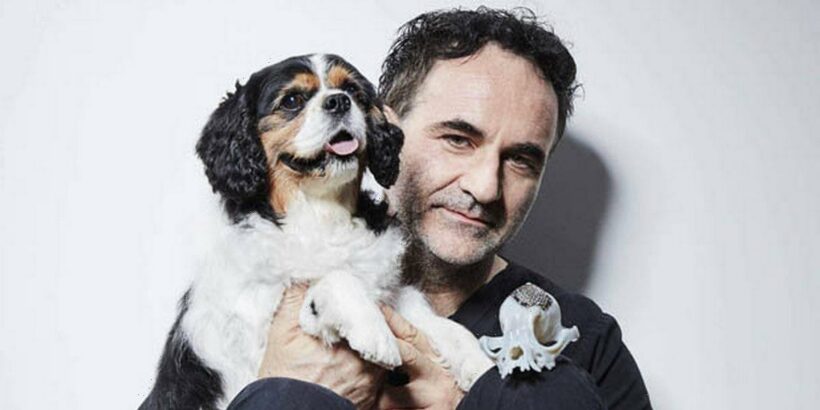 Calling all dog lovers! Sign up to TeamDogs for your weekly dose of dog news, pictures and stories.

He’s treated the dogs of the rich and famous including Meghan Markle, ITV’s Declan Donnelly and broadcasting legend Chris Evans.

But how does Channel 4’s The Supervet Noel Fitzpatrick live up to his name?

Professor Noel, star of Channel 4's smash-hit documentary series, is arguably the most famous and best-loved vet in the UK, with his shows regularly watched by over two million viewers

But he is also a scientist, an inventor and innovator in his field.

As the world’s leading neuro-orthopaedic veterinary surgeon, his ground-breaking surgical procedures have transformed the lives – and life chances – of many of our nation's pets.

He even made the Guinness Book Of Records for giving a cat called Oscar the world’s first bionic feline feet and his cutting-edge procedures are proof that he continually pushes the boundaries of veterinary medicine.

While Noel may be a superhero now, he had a troubled childhood, suffering at the hands of school bullies. He grew up on a farm in Ireland and said when he lost two sheep aged 10, he knew he wanted a career with animals.

The son of a farmer, Noel grew up in Ballyfin, a small village in County Laois, Ireland and it was his experiences of life on the farm from which his desire to help animals was built.

He says: “At the age of ten I lost my first two lambs in a field and I thought, I’m not good enough, I’m not strong enough, I’m not brave enough, I feel inadequate. Then I went to secondary school and got bullied so I felt even more inadequate and I’ve carried that feeling all my life.”

His beloved sheepdog Pirate provided solace from the bullies that plagued him at school and inspired Noel to enter the world of veterinary science – setting him on the path to scientific and TV success.

After graduating with a Veterinary Science degree from Dublin University, Noel stayed in Ireland for a while before leaving behind his farm animal practice in rural Ireland to set up Fitzpatrick’s Referrals in Surrey, one of the most advanced small animal specialist centres in the world.

In 2010, the BBC commissioned a six-episode run of a series they called Bionic Vet, showing some of the science behind his work, and Noel, with the team at his vet practice Fitzpatrick Referrals, is also the focus of Channel 4’s The Supervet, which has run for 14 series.

When The Supervet began, Noel says he wanted to tell a story about love, hope and science, recognising the bond humans have with animals and how much families will do for their pets in return for the unconditional love they give.

“I’ve always said this and I firmly believe it, that people don’t care what you know until they know that you care,” he once told the Yorkshire Post. “And the other thing I often say is that hugging is half of healing. And this comes from a surgeon who will spend seven hours in theatre trying to put bits and pieces of Meccano back together again to save a limb or a spine.

“I think compassion is at the core of everything, and in a world ever more divorced from things that are really important in society – love, hope, compassion – and in a world where those things are really needed, the one place that we can always expect that is in our love of an animal who is a family member.”

Through The Humanimal Trust charity, which Noel founded, he is an advocate for collaboration between vets, human doctors, bioengineers and scientists for the benefit of all living creatures.

He sees a “new and bright future” allowing animal and human medicine to move forward together.

He’s married to his job

Noel is not married and he doesn’t have children. He has previously admitted that he would like to settle down one day, but at the moment is fully committed to his job, which sees him work sixteen-hour days.

He told The Irish Times: “I’d like to marry and have kids one day, but the wife would have to know she’d always come second to the practice.”

The celebrities love him as much as we do but Noel says he has compassion with each and every owner who steps through his door, whether they are a millionaire or homeless.

He said: “Animal people are the best kinds of people because they understand unconditional love. Companion animals are really the symbols in a crisis of love, hope and redemption. We’re all passing through but that love we share with animals for 10 or 12 years charts our lives.”

Does Noel have a dog?

He certainly does. He is the proud owner of Keira, who faced the trauma of being hit by a van last year. (Check her out on his Instagram @profneilfitzpatrick)

He wrote recently: “No matter what life has thrown at her, she gets up and greets each day with an smile of ‘bring it on!’

“Every moment is an opportunity for joy in her world and she’s living her best life.”

Noel finished his message: “My little girl gulps down every drop of rain or of sunshine – whatever the weather – and whatever ups and downs life may bring. She’s a wonderful teacher for me every day of my life and I love her beyond words.”

You can see The Supervet on All4.