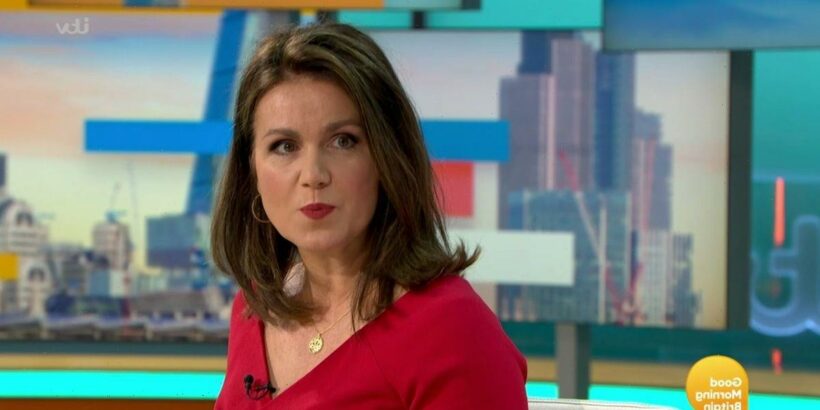 Piers Morgan loves nothing more than a good Twitter spat, and his former Good Morning Britain co-host Susanna Reid has had her say.

Outspoken presenter Piers, 56, has been bickering with anyone and everyone on social media lately.

He squabbled with Gary Lineker and Gabby Logan, after he claimed that "nobody cares" about this year's Olympics.

Piers also said he felt the event should have been cancelled.

Maybe he just has too much time on his hands, after he revealed he's been battling covid, after he became ill with it after attending the Euro 2020 final, even though he'd had both jabs.

In his new Mail on Sunday column, Piers said: "If we want to win the war on Covid, we must go to war with anti-vaxxer lunatics."

After sharing his new column, one follower replied: "Your Not A Scientist… Your Not A Politician… What gives you the right to tell people what they should be doing?"

Piers retweeted the message to his followers and added snarkily: "My ability to know it's 'you're'."

She had a dig as she shared the post, teasing him: "Something tells me you’re definitely recovered…"

Piers took it in his stride, joking: "The steroids have kicked in.."

It seems Morgan wasn't the only one to catch Covid at Wembley, as he revealed that former footballer Jamie Redknapp also came down with it.

Piers also revealed how some of the ticketless yobs who forced their way into the stadium claimed they were his security guard.

He attended the match with his three sons.

Susanna and Piers haven't been seen in public together since he quit the show back in March.

Piers previously claimed Susanna was "angry" with him for quitting, and said he felt like she punished him with a "frosty" farewell.

They've made up since though, with Piers saying: "I hope we stay friends because Susanna's a decent person and we've been through a lot together."

He said Susanna had phoned him to "clear the air" and apologise, and also promised to go for a celebratory lunch.

She even said she would break her two-year alcohol abstinence.