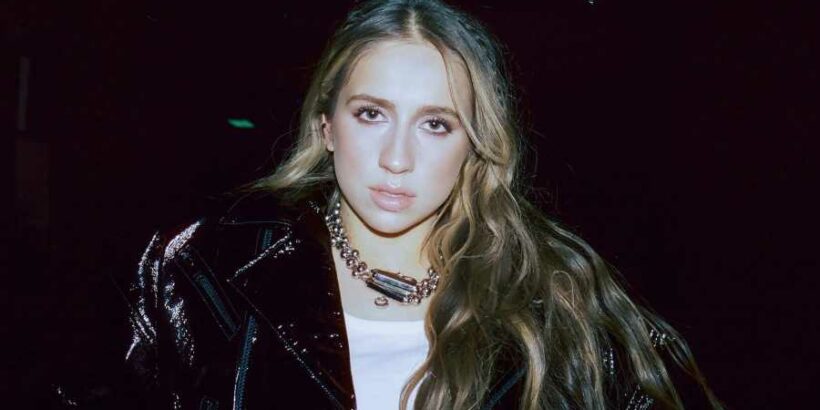 Before Tate McRae was trying to take the pop world by storm, she was a former finalist on So You Think You Can Dance? who had a vlog series where she flaunted her singer-songwriter skills. In 2019, one of the videos she recorded — a piano ballad called “One Day” — went viral on YouTube and landed her a contract with RCA. It wasn’t long until her 2020 lush dark-pop “You Broke Me First” also became a viral hit. Since then, McRae has found herself situated squarely in the “sad girl” lane, channeling the Lorde-meets-Billie Eilish brand of adolescent despair and emerging as a more genre-fluid version of Olivia Rodrigo. Now, with her debut album, I Used to Think I Could Fly, she’s trying to discover what her budding stardom means and who she is.

Tate McRae on Imposter Syndrome and the Morality of TikTok

On I Used to Think I Could Fly, the 18-year-old singer attempts to find her place amid the haze of teen angst while grappling with coming-of-age woes like losing friends, lying exes, and self-deprecation. But despite her major-label push as Gen Z’s next big pop sensation, the result is an uneven debut, brimming with both surefire anthems and one-note pop songs with, at times, juvenile lyrics and bland storytelling. “There was a girl/Not too different from me/She thought she found her world/But then the world found out she’s weak,” she offers on “Boy X.”

Throughout the array of slow jams, club-ready anthems, and lovelorn ballads there are undoubtedly sticky standouts. “Don’t Come Back” is one of the blossoming Canadian star’s more infectious jaunts, where she reminisces about losing a lover or friend over an interpolated chorus of Nelly’s 2001 hit “Ride Wit Me.” Driven by a booming bass clap, “I’m So Gone” is a snarky kiss-off to an ex who pushed her away. “Never left your dad’s basement/Now you’re mad that I made it,” she boasts. The jittery “What Would U Do?,” co-written by Alexander 23 and Charlie Puth, acts as a second chapter to “I’m So Gone” and features one of the catchiest choruses of the record. “What’s Your Problem,” a club-ready, hip-hop-tinged track, seems primed to soundtrack a sexy fête in an episode of Gossip Girl. But there’s a reason why “She’s All I Want to Be,” McRae’s version of Rodrigo’s “Jealousy, Jealousy,” and “Chaotic,” a towering piano ballad that evokes the haunting, warbled vocals of Billie Eilish, were her singles. The singer is definitely skilled at making intoxicating, cathartic songs that wrestle with longing and crushing disappointment.

Aside from “Chaotic,” however, McRae’s other ballads, like the ethereal “I Still Say Goodnight” — co-penned by Finneas — “Hate Myself” and “Boy X” are largely forgettable. While “Cool” has a breezy, hypnotic backbeat, its execution is monotonous, and the hazy synth-tinged “Go Away,” where a distant McRae laments the pitfalls of success ends up feeling like filler. By the end, it’s clear she thrives most when she’s evoking Hayley Williams or Avril Lavigne — or forging her own brand of dance pop.

While I Used to Think I Could Fly inarguably offers a handful of gripping tracks, there remains a disconnect when it comes to McRae’s identity, which could have something to do with the distance between her dance competition and TikTok teen fanbases. Or perhaps, because of the success of her genre-spanning singles, there’s a cohesion missing that she’s still working to find. McRae’s debut doesn’t exactly make her stand out from the sea of algorithmic pop girls, but it definitely shows promise.