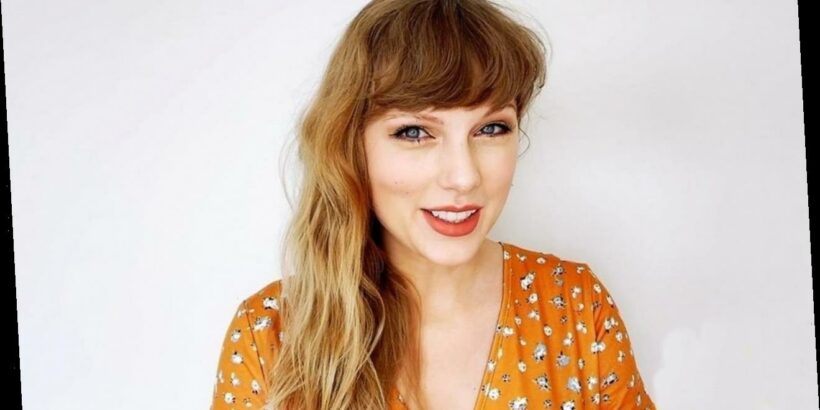 The ‘Shake It Off’ hitmaker hypes up the upcoming release of her re-recorded album by giving her loyal fans a sneak peek at the title track in a new TV appearance.

AceShowbiz –Taylor Swift appeared on “Good Morning America” on Thursday (8Apr21) to thank fans for their support ahead of the release of her re-recorded album “Fearless (Taylor’s Version)” and give them a sneak peek at the title track.

The 31-year-old Grammy winner will release “Fearless (Taylor’s Version)”, which includes re-recordings of 20 songs from “Fearless”, her second album at midnight. Big Machine Label Group, where she first signed at age 15, previously owned the rights to Fearless since its 2008 release, before they were sold to Scooter Braun, despite her well-publicised objections. The new version will also include six never-before-released songs.

Taylor appeared on “Good Morning America” in a pre-recorded message to fans on Thursday (8Apr21) and shared her joy over the imminent release of the new version.

“Good morning, America, it’s Taylor,” she began. “I just wanted to say, first of all, you guys have been so supportive at Good Morning America since day one of this entire process of me re-recording my music. I’m so ecstatic that my album Fearless (Taylor’s Version) will be out tonight. It’s crazy that it’s finally here.”

“I wanted to give you guys, as a thank you, an exclusive first glimpse of one of the songs on the album, the title track, ‘Fearless,’ ” she said before the 15-second clip played.

The “Bad Blood” hitmaker has already released “Love Story (Taylor’s Version)” and two “From the Vault” tracks, “You All Over Me” and “Mr. Perfectly Fine”, from the album. The six previously unheard songs are ones that “almost made the original Fearless album,” she has previously explained.