The ‘Shake It Off’ hitmaker delivers a moving speech dedicated to the LGBT community during her last stop of the U.S. leg of her ‘Reputation’ tour.

AceShowbiz –
Taylor Swift marked the start of Gay Pride Month at a show in Chicago, Illinois on Saturday night, June 02, by saluting fans who have been honest about their sexuality.

The singer wrapped up the U.S. leg of her Reputation tour with two nights at Soldier Field and took a moment before performing Delicate to pay tribute to gay, lesbian, bisexual and transgender fans. 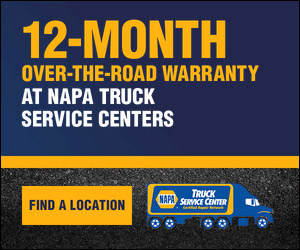 “So this month and every month I want to send out my love and respect to everybody who has been brave enough to be honest about the way they feel, to live their lives as they are, as they feel they should be, as they identify.

“And this is a month where I think we need to celebrate how far we’ve come, but we also need to acknowledge how far we still have left to go.”

Taylor added, “I want to send my love and respect out to everybody who in their journey hasn’t yet felt comfortable enough to come out, and may you do that in your own time. May we end up in a world where everyone can live and love equally and no one has to be afraid to be vulnerable and say how they feel.”

RAIN SHOW ALERT ? We haven’t had a proper rain show in years and tonight was so magical and unforgettable. Thank you to the 104,000 people who came to see us play in Chicago this weekend. I LOVE YOU!! ? @ShearerPhoto @GettyEntertainment

Her comments came a day after Ariana Grande kicked off Gay Pride Month by paying tribute to her LGBTQ fans in an open letter published by Billboard editors.

“I grew up with a gay brother whose every move I would emulate,” the No Tears Left to Cry star wrote. “I idolized him. Everything Frankie did, I would do. I can’t remember a difference between Frankie before he came out and Frankie after he came out. He’s always just been Frankie.”

She added: “I was taught to do my makeup by queens in gay bars in New York City. I made my Broadway debut at 14 years old and did 8 shows a week but there was never a night I was too tired to run to a gay bar and do a quick Whitney cover before bed.”

Ariana closed out her message with: “I hope to create anthems for you that wrap you up with comfort and make you get your best life for as long as I live.”