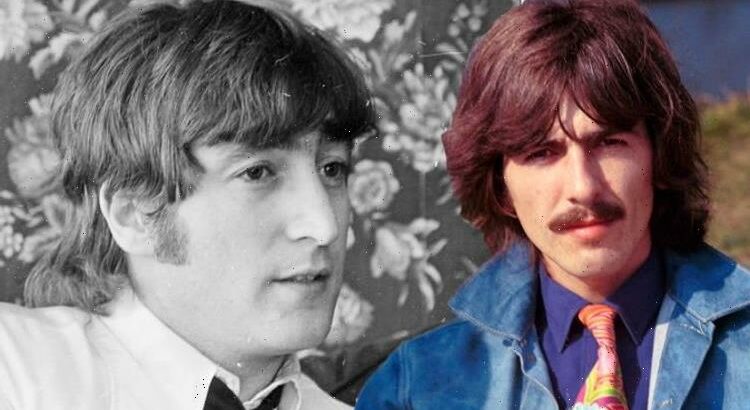 On December 8, 1980 former member of The Beatles John Lennon was assassinated in New York City outside his home, The Dakota. The singer’s death sent shockwaves through the music industry and equally overwhelmed those closest around him. His former bandmate, George Harrison, later spoke out about how Lennon’s death “didn’t change” his life, because he knew he would see him again in the future.

WATCH THE GEORGE HARRISON INTERVIEW BELOW

Harrison spoke candidly about the subject of Lennon’s death in an interview in 1990.

He was asked if Lennon’s death changed his life at all. He replied: “Well, it hasn’t.

“Because if we had still been in a working relationship it would have changed it more. The thing is I hadn’t seen him for so long. I didn’t see him for two years anyway, occasionally [I’d] maybe send a postcard.

“And it’s knowing that he’s on the other end of the telephone if you do want to call. That’s the difference.”

Harrison added with a smirk: “Now you need the big cosmic telephone to speak to him.”

Despite the emotional subject, the Quiet Beatle spoke touched upon why he would not be too upset when he thinks about his former bandmate.

“I’m sad that I can’t go play guitars with John but then I did that, anyway. I did that for a long time.”

Harrison smiled: “So, we’ll meet again somewhere down the line.”

Despite discussing the topic of Lennon’s death, Harrison had fond memories of his Liverpool pal.

He also told the publication about the last time he had seen the singer alive.

The Beatle recalled: “I was in New York at his house at the Dakota.”

Brian May performs cover of The Beatles with Gary Barlow

Harrison went on: “He was nice. He was just sort of running around the house making dinner.”

He added that Lennon was playing a lot of Indian music, something he had “grown into” over the years, despite not enjoying it previously.

Harrison’s wife, Olivia, later told of how angry George was about Lennon’s death.

Paul McCartney has been very open with his feelings about the loss of his best friend.

McCartney told CBS: “I’m not sure I am [over the death]. It’s very difficult for me.

“I occasionally will have thoughts and sort of say: ‘I don’t know, why don’t I just break down crying every day?’ Because it’s that bad.”

On if he cried over Lennon to this day, he said: “Not every day, you know? There will be times that I just have memories and just think: ‘Oh my God, it was just so senseless.'”