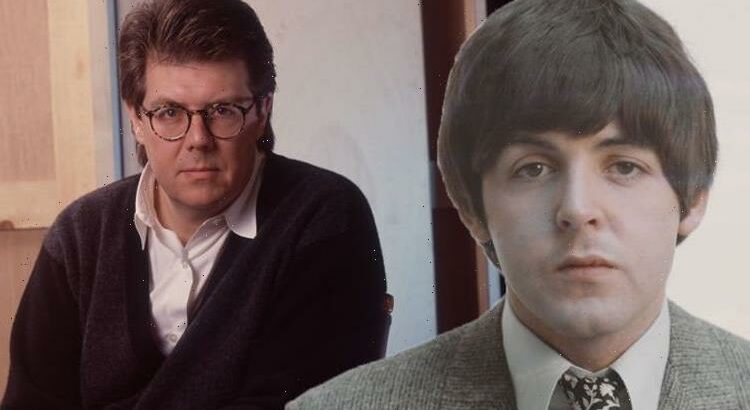 In the 1980s legendary pop star Michael Jackson bought up the rights to The Beatles’ music back catalogue. The star placed the tracks’ rights in his company, ATV Music, including songs such as Hey Jude, Yesterday and Let It Be. This also meant some of the band’s music was used in certain movies.

One of these films was 1986 hit Ferris Bueller’s Day Off, one of director John Hughes’ iconic pictures.

Hughes was best-known for writing and directing unique coming-of-age films, such as Pretty In Pink, The Breakfast Club and Sixteen Candles.

During Ferris Bueller’s Day Off the titular character, played by Matthew Broderick, commandeered a parade float before singing a rendition of The Beatles’ 1963 track Twist and Shout alongside a brass band.

Years after the film was released, Paul McCartney revealed he wasn’t too happy about how the band’s song was treated in the movie.

McCartney told writer William Dowling in 1989: “I liked [the] film but they overdubbed some lousy brass on the stuff!.

“If it had needed brass, we’d have stuck it on ourselves!”

The brass he is referring to includes a number of trumpets, saxophones and sousaphones seen in the film’s parade, all of which joined in with Bueller’s Twist and Shout.

Of course, because of the sale of The Beatles’ music, McCartney had no say in how his music ought to be used in cinema.

This didn’t stop Hughes going on to defend his own decisions for the film.

What do you think? Should John Hughes have added Brass to the song? Join the debate in the comments section here

Hughes was reportedly an enormous Beatles fan, once revealing he listened to The White Album “every single day for 56 days” during the shooting of Ferris Bueller’s Day Off.

He even snuck in a cheeky John Lennon reference during the first ten minutes of the film.

However, when he heard McCartney’s opinions of the Twist and Shout change, Hughes confessed he “felt bad” for offending the Beatle.

Hughes went on to say: “But it wasn’t really part of the song.

“We saw a band [onscreen] and we needed to hear the instruments.”

Despite this hiccup, the American director was thrilled by how the film turned out.

He later spoke candidly about hiring Broderick as the titular hero.

Hughes said: “Certain guys would have played Ferris and you would have thought: ‘Where’s my wallet?’ I had to have that look; that charm had to come through.

“Jimmy Stewart could have played Ferris at 15. I needed Matthew.”

Ferris Bueller’s Day Off is available on Netflix now.