Whether you’re boldly venturing out to enjoy spring in full bloom or are just starting to dip your toe back into a semblance of a normal social life, May’s lineup of cultural programming is sure to pique your interest. Join a series of virtual panels on Anti-Asian Violence in honor of Asian Pacific American Heritage Month, or tune into digital performances by Ballet Hispánico and the New York City Ballet. For in-person experiences, grab tickets to a dance, music, and culinary festival in upstate New York, or head to one of many art exhibitions opening this month. With vaccination rates steadily on the rise and venues increasingly reopening their doors, expect your weekend plans to only get better from here.

In honor of Asian Pacific American Heritage Month, Womankind, the 1882 Foundation, Eaton Workshop, the Honolulu Theatre for Youth, and the Smithsonian Asian Pacific American Center are presenting a six-part series of virtual programming dedicated to stopping anti-Asian violence. Featuring live panels around topics including History, Today, The Future, Policy, Culture, and Education, Quiet Before: Unearthing Anti-Asian Violence aims to dismantle a monolithic perception of the API community by sharing the diverse and nuanced experiences of those within it. Over 50 speakers across all industries are slated to participate. Each event will start at 6pm ET; to receive a Zoom link to tune in, register here. 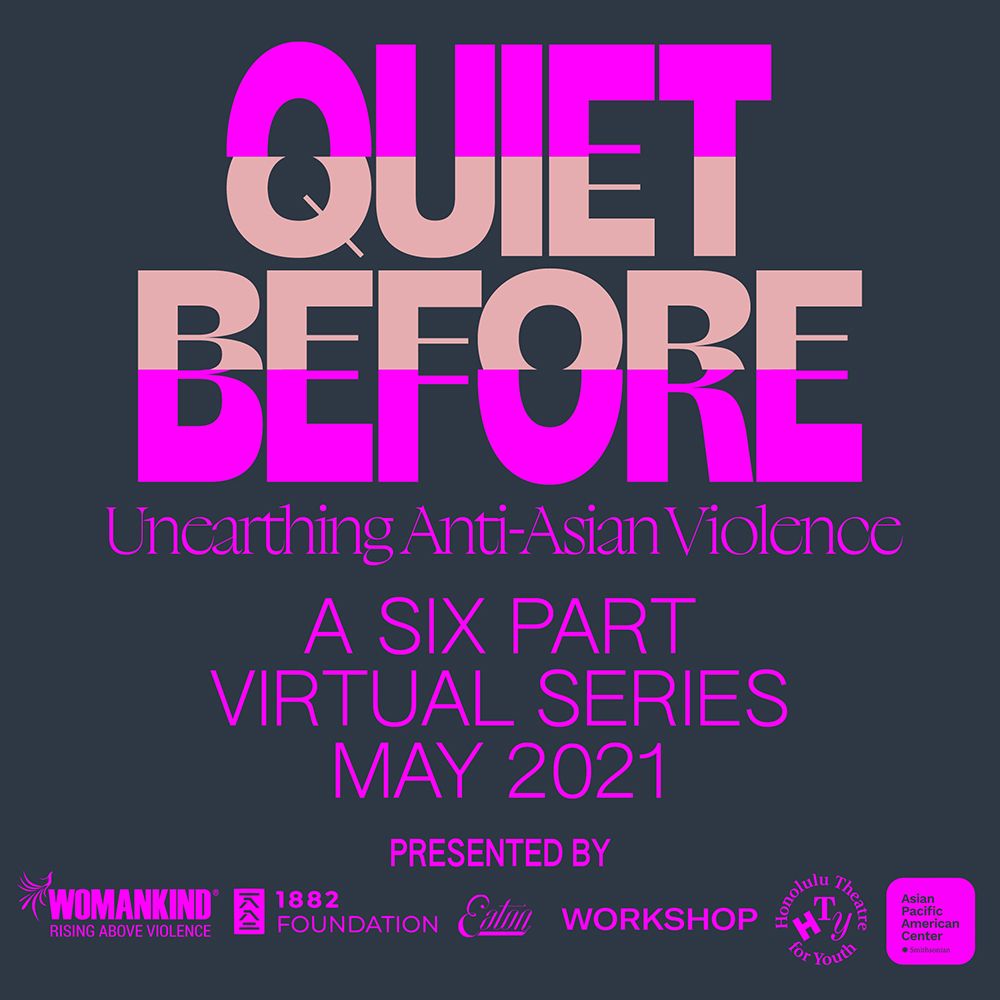 Tune in to the series

The 10th edition of Frieze New York is a hybrid digital and socially distanced IRL affair. Relocating from Randall’s Island to The Shed in Hudson Yards, the art fair will bring together a strong contingent of New York-based exhibitors—including Gagosian, David Zwirner, Hauser & Wirth, Pace Gallery, Tanya Bonakdar, Lehmann Maupin, and Salon 94—and a handful from around the globe. While tickets for the weekend are already sold out, you can access on the online Frieze Viewing Room through May 14 by creating an account. 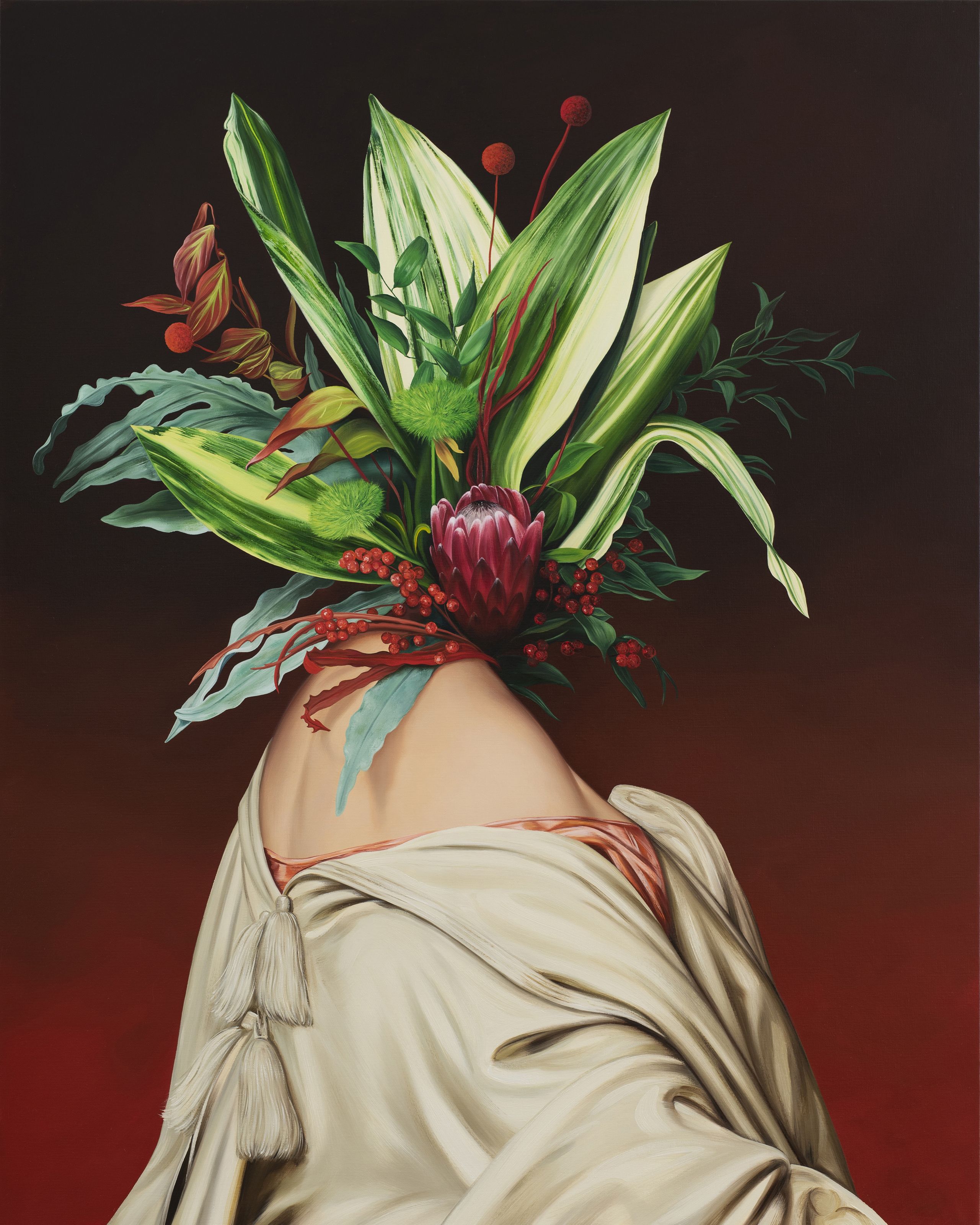 Dance meets Hollywood at New York City Ballet’s virtual spring gala in the form of a new film directed by Sofia Coppola and featuring NYCB dancers performing choreography by co-founding choreographers George Balanchine and Jerome Robbins, and current resident choreographer and artistic advisor Justin Peck. It was shot entirely on location at the David H. Koch Theater at Lincoln Center, NYCB’s home since 1964, and includes excerpts from Balanchine’s Divertimento No. 15, Duo Concertant and Liebeslieder Walzer and Robbins’ Dances at a Gathering, as well as a world premiere by Peck to Samuel Barber’s Adagio for Strings set on Anthony Huxley. Following the premiere at 7pm ET, accessible with a donation through a virtual venue created by Broadway Unlocked, the film will be available on NYCB’s YouTube channel for two weeks, from May 6 to 20. 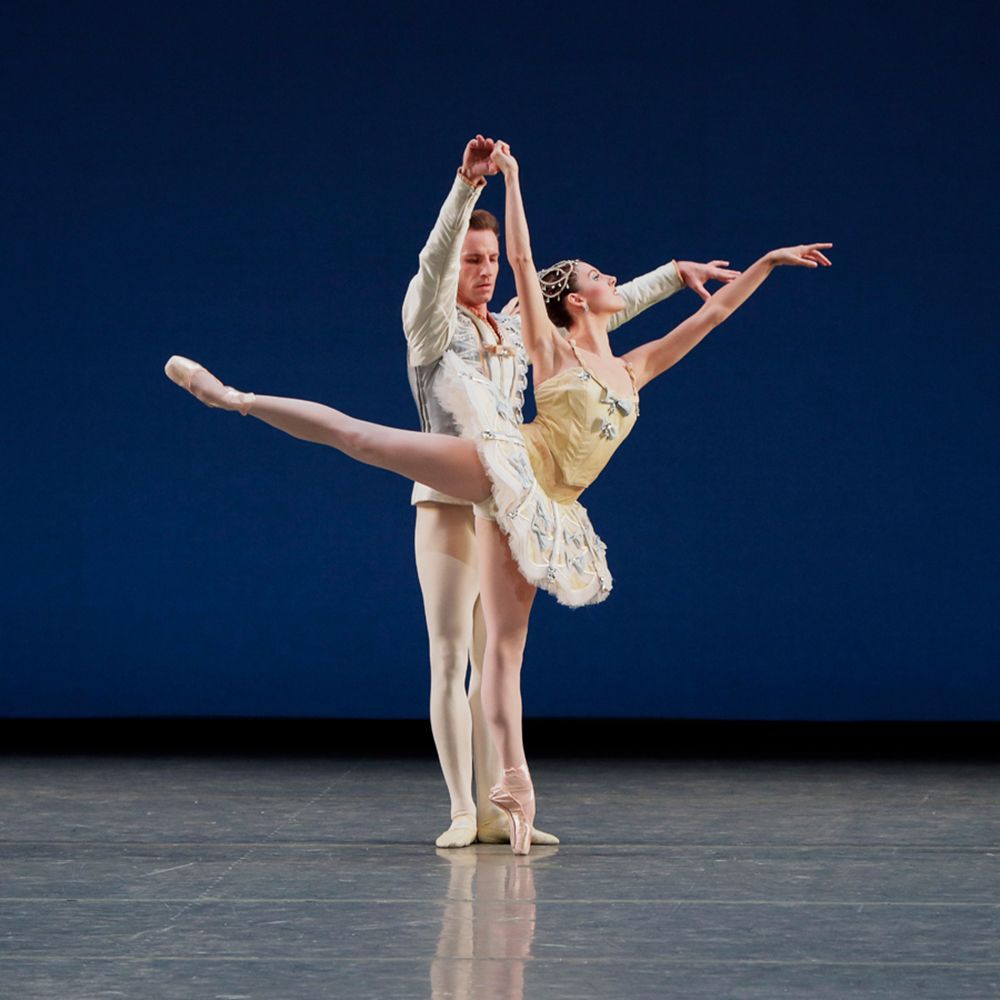 Led by conductor Yannick Nézet-Séguin, the Philadelphia Orchestra will virtually premiere a program titled Hope, Fire Truth at 8pm ET featuring vocals from bass-baritone Davóne Tines. Opening with a triptych, the pre-recorded production takes its inspiration from James Baldwin’s The Fire Next Time; Langston Hughes’s Hope, and Maya Angelou’s We Saw Beyond Our Seeming. Up first is “Shake the Heavens” from John Adams’s nativity oratorio El Niño, followed by “Vigil,” co-written by Igée Dieudonné and Tines in honor of Breonna Taylor, and finally “You Want the Truth, but You Don’t Want to Know” from Anthony Davis’s opera X: The Life and Times of Malcolm X. Rounding out the concert is a performance of Mozart’s Symphony No. 25 in G minor. 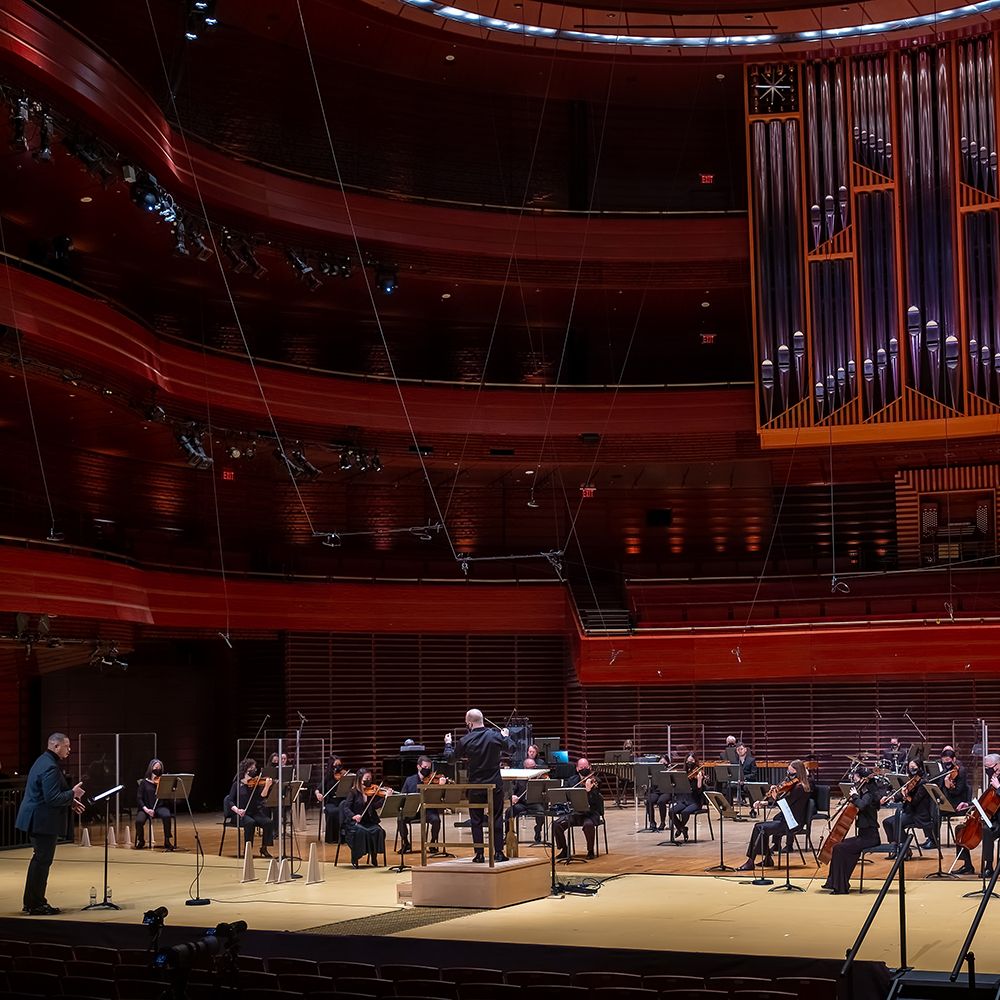 Art Rise is a series of 21 outdoor art experiences across downtown Los Angeles, commissioned especially for WE RISE, an initiative of the Los Angeles County Department of Mental Health that aims to facilitate wellbeing through community engagement and creative expression. Highlights include artist Patrick Martinez transformation of LA Plaza’s building into a monumental neon mural addressing the plight and resilience of essential workers and the artist collective Crenshaw Dairy Mart’s Abolitionist Self-Sustaining Pod and Autonomous Garden, a community garden in the form of a geodesic dome installed at MOCA’s Geffen Contemporary. 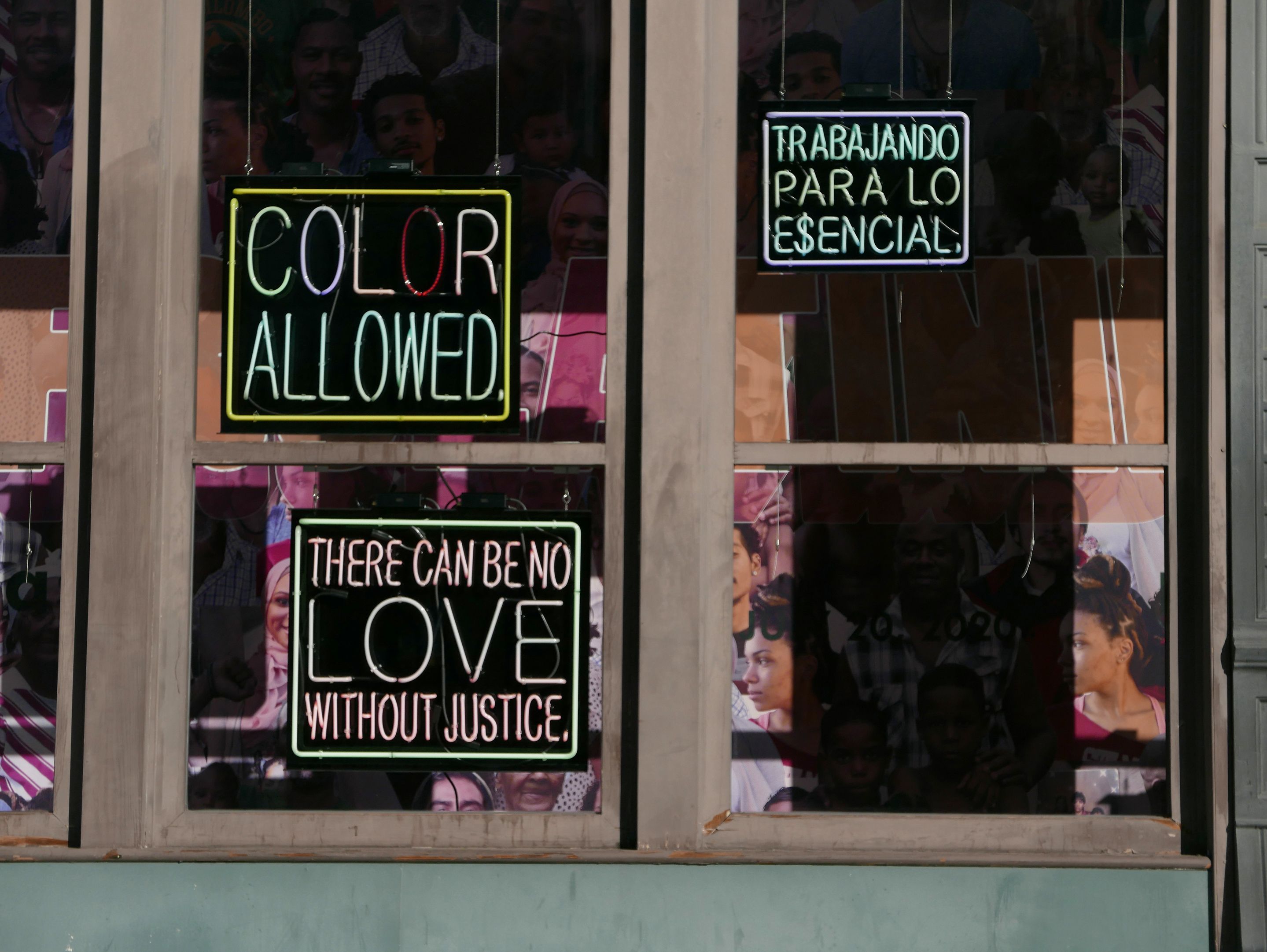 6. “The Hugo Boss Prize 2020: Deana Lawson, Centropy” at the Guggenheim
Opening May 7

The first photographer to win the Hugo Boss Prize, a biennial award administered by New York’s Guggenheim Museum, Lawson is known for capturing intimate images that celebrate Black diasporic identity and also explore intimacy, family, spirituality, and sexuality. Often finding her subjects while going about her everyday life, Lawson will pose them in staged settings for familiar yet highly controlled compositions. A selection of her images will be on view at the Guggenheim beginning May 7, as well as in a show at Sikkema Jenkins gallery opening the following day. 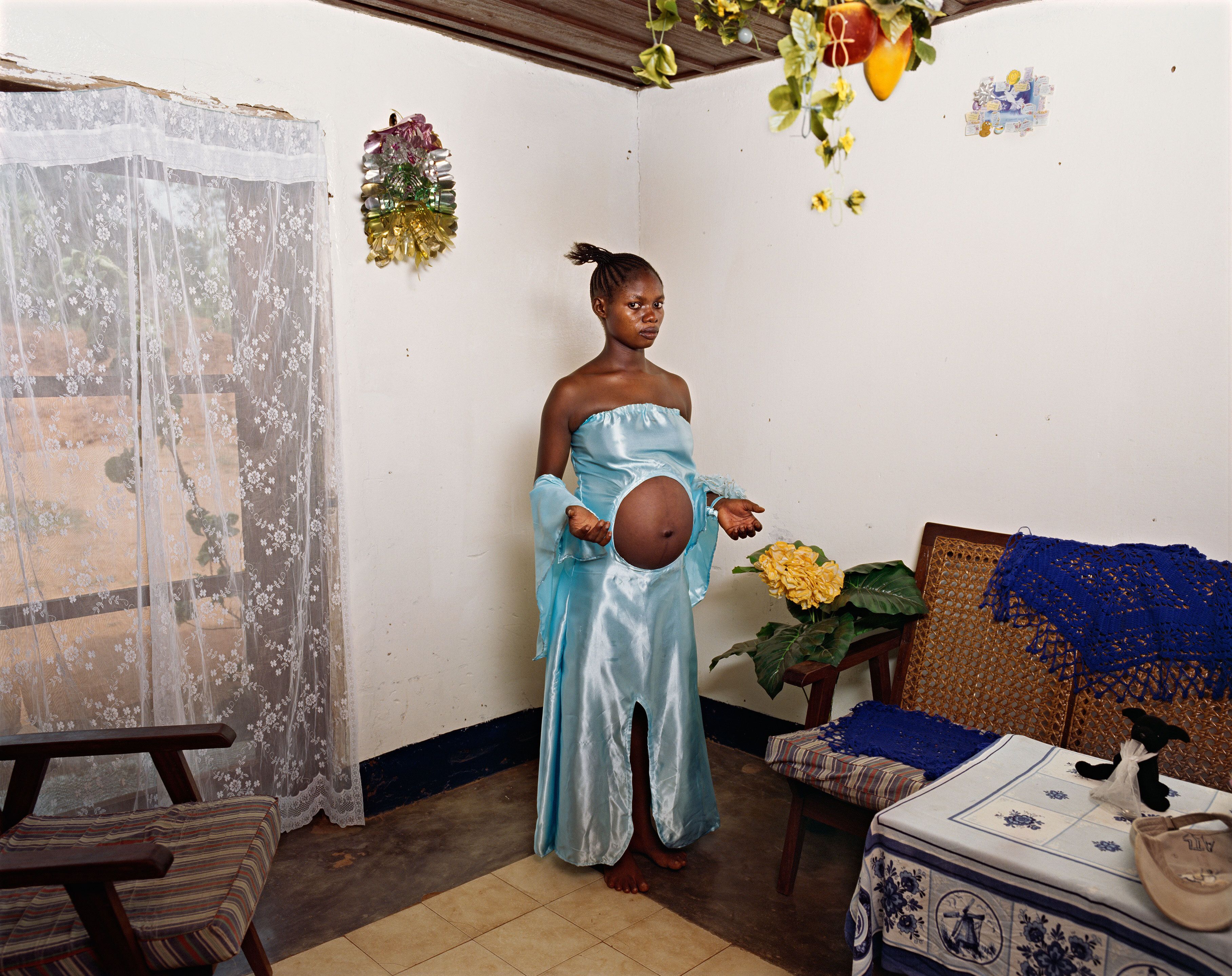 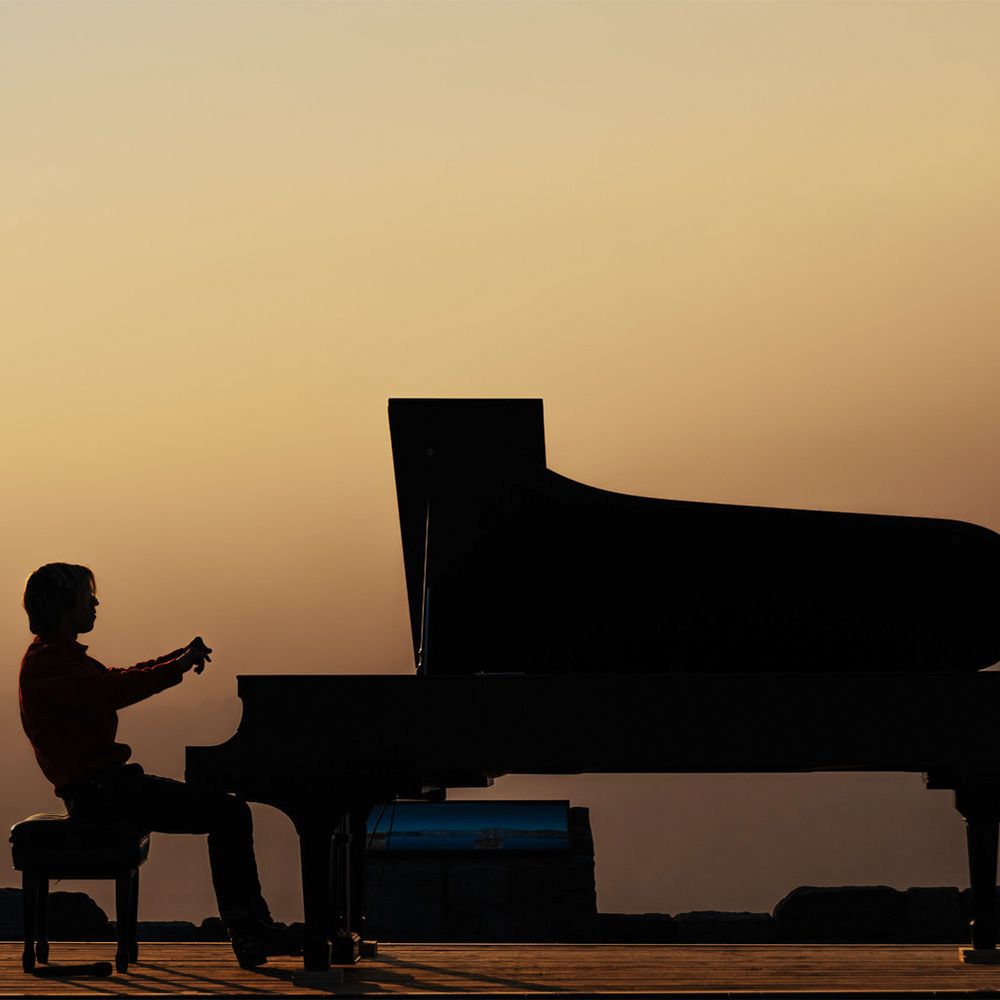 8. Three Divas Live from the Opéra Royal—Château de Versailles
May 22

For a little armchair escapism, tune into Three Divas Live, part of the the Metropolitan Opera’s ongoing Met Stars Live in Concert virtual recital series, which will be broadcasting live at 1pm ET from the Château de Versailles. The program showcases sopranos Ailyn Pérez and Nadine Sierra and mezzo-soprano Isabel Leonard performing favorite arias and sonatas on the stage of the Opéra Royal a stunning 250-year-old theater in the French palace inaugurated for Marie Antoinette’s royal wedding. Tickets are $20. 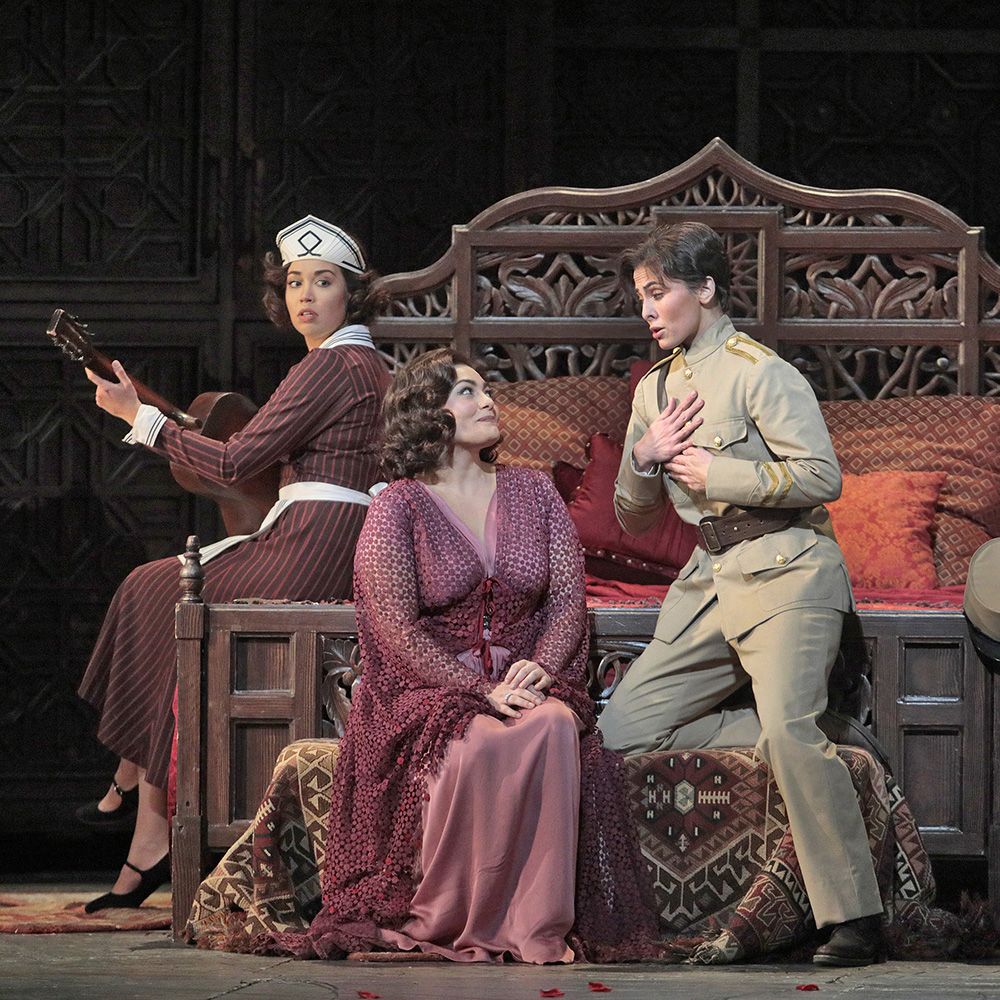 Hosted by Amber Tamblyn, the Soho Repertory Theater is hosting a fundraising gala at 6pm ET featuring performances by a number of theater’s biggest stars that is available to stream with registration and a donation of any amount. Cynthia Erivo and Uzo Aduba will perform a scene from Aleshea Harris’s Is God Is, Roslyn Ruff and Heather Alicia Simms are set to reprise their Soho Rep performances in a scene from Jackie Sibblies Drury’s Pulitzer-winning Fairview, and César Alvarez will perform “Mandela” from his musical The Potluck. Questlove, who most recently served as the musical director for the Oscars, will also perform. In addition, the Vilcek Foundation will be honored at the event for its work raising awareness of immigrant contributions in America; Vilcek Prize winners Andrew Yang and Marcus Samuelsson will both speak. 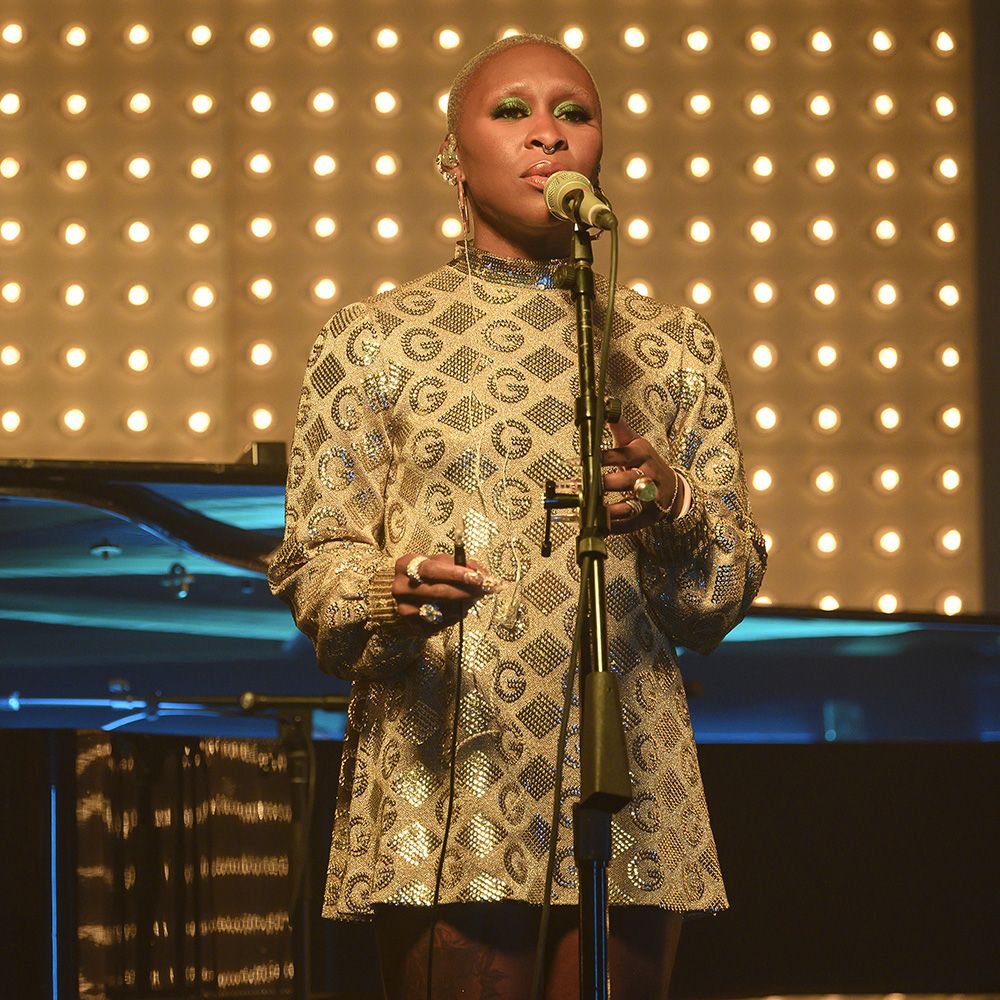 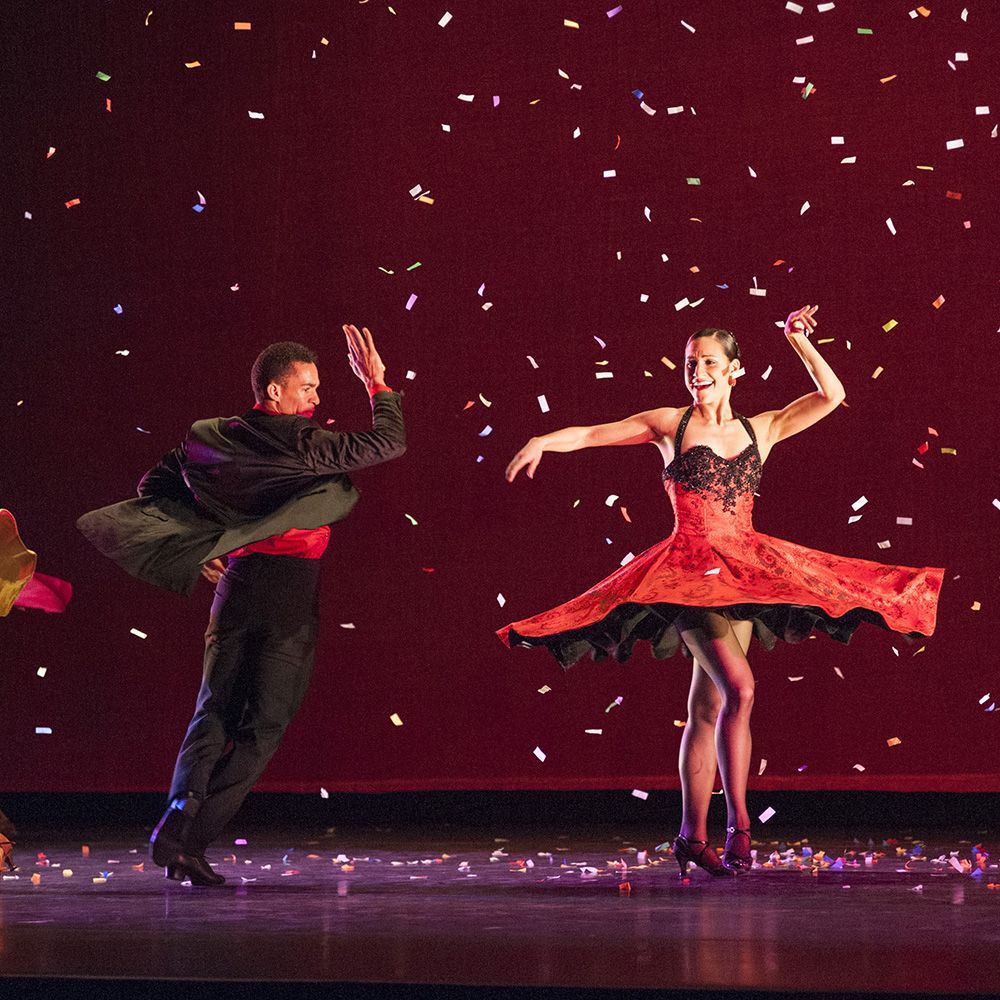