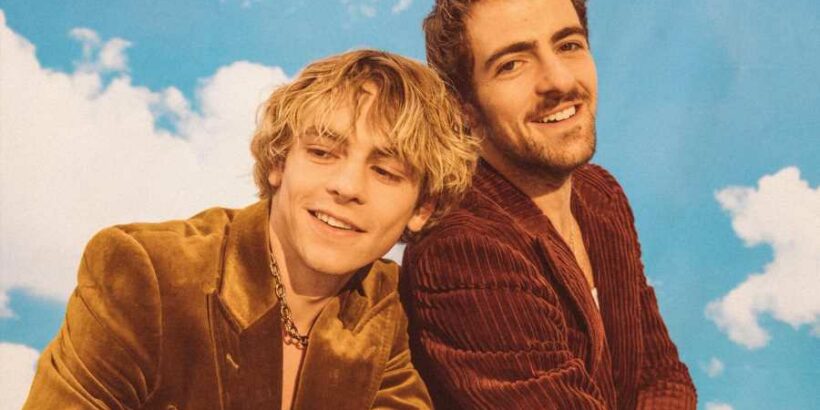 Ross and Rocky Lynch, the duo behind the Driver Era, are sitting on a “boatload” of music — and they’re finally giving fans a taste of the “dance and funk vibes” to come with the single, “Keep Moving Forward.” The accompanying video premieres exclusively with Rolling Stone Thursday.

“Everything is happening super fast for us right now,” Ross tells Rolling Stone. “This song perfectly summarizes what’s happening in our lives at this moment, on a business level and a personal level.”

The dance track — with its house beats and optimistic lyrics — serves as a welcome contrast to the duo’s sound on the fan-favorites of their Girlfriend album, which dropped last year.

The Tate Warner-directed video laces clips of the duo during a photoshoot walking in and out of a frame in a trippy way, combining those images with closeups of the brothers’ faces, and clips of the two on a sailboat.

“It turned out even better than we expected. Tate Warner absolutely slayed it. He had the ideas of walking in and out of frame and then he edited it all together and it really fits the song!” says Ross. “The song is about expansion, even on our worst days we are still learning and growing.”

The new single is the first introduction to their Summer Mixtape (out mid-August) that will feature a mixture of the house/dance sound featured on “Keep Moving Forward” and “some prog rock, ballad-type shit,” Ross tells Rolling Stone exclusively. (They’re not sure how long the album will be, but “we’ll see how courageous we’re feeling in these coming weeks.”)

“The new music is eclectic,” he explains. “Honestly it’s a vulnerable thing releasing music. It doesn’t always feel great to be honest. But I like the music and I try to remember that at the end of the day it’s for the people that love it and if you don’t I don’t care.”

Ross and Rocky formed The Driver Era in 2018 after being part of R5 with their siblings Rydel and Riker and Ellington Ratliff. The group went on hiatus and instead morphed into the brother duo.

As R5, the Lynchs dropped tracks such as “I Feel the Love,”  “Heard Made Up On You,” and “Smile.” With The Driver Era, the group has released LPs X in 2019 and Girlfriend last year.