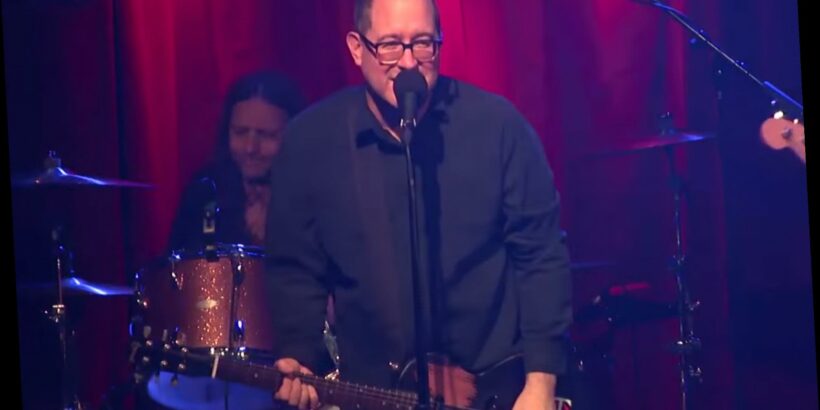 The band barreled through the track, which is a classic blast of Hold Steady, alternating between driving guitars and twinkling piano, and accented at just the right moments with rich horn fanfare. The camera occasionally panned from the band on stage over to some empty bowling lanes, adding a slightly eerie and desolate feeling to the proceedings as Craig Finn sang, “With a flexible schedule and a willingness to trade your medications/Obsessive and controlling and coming up on total suffocation.”

“Family Farm” appears on the Hold Steady’s most recent album, Open Door Policy, which was released Friday, February 19th. The album follows the group’s 2019 album, Thrashing Thru Passion, which marked the group’s first since reuniting with keyboardist Franz Nicolay, who’d left the band in 2008.

“Open Door Policy was very much approached as an album vs. a collection of individual songs, and it feels like our most musically expansive record,” Finn said of the album in a statement. “This album was written and almost entirely recorded before the pandemic started, but the songs and stories explore power, wealth, mental health, technology, capitalism, consumerism, and survival — issues which have compounded in 2020.”