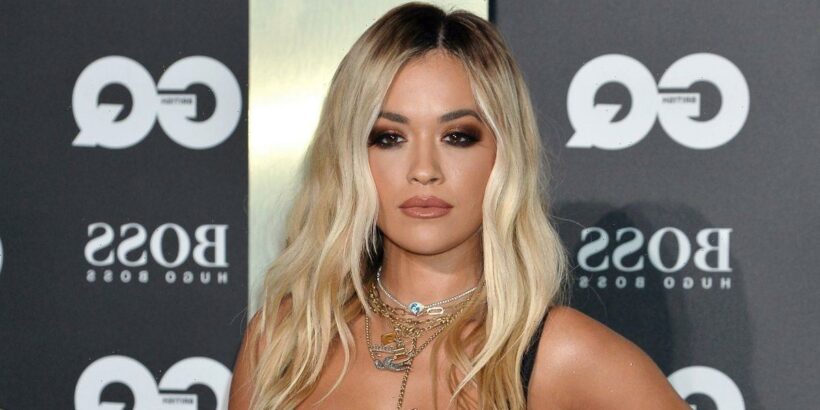 Rita Ora has sent fans wild as she posed in gym wear showcasing her peachy behind.

The Masked Singer celebrity judge stunned as she showed off her toned figure in the gym.

The award-winning singer shared the gorgeous snap to her 16.1 million Instagram followers.

The 31-year-old can be seen wearing a strappy pink sports bra and nude leggings as she looks over her shoulder for the mirror selfie.

Rita completed her workout look with her blonde locks scrapped back into a bun, green trainers and a large pair of headphones.

Last weekend, Rita left fans of the hit ITV show sidetracked as they couldn't seem to take their eyes off the singer in her figure-hugging black mini dress.

The singer brought the glitz and glam to viewers' screens on Saturday with her eye-catching dress, which was encrusted with silver embellishments that draped the frock from head to toe.

Rita paired silver diamonte earrings with the outfit and styled her gorgeous blonde locks cascading effortlessly over her shoulders.

Fans were quick to tell the blonde beauty how "smoking" she looked.

Poodle exited the show after receiving the lowest number of votes.

After several predictions including Mika, Gary Barlow, John Barrowman, it was finally revealed that it was Tom Chaplin from Keane.

Fans stormed to social media after the news was announced, with one writing: "I mean, your voice is undeniably unique!! So happy to see you happy!"

A second added: "I've loved that voice for almost 18 years, never a doubt it was @tomchaplin."

And a third typed: "You should have won !!! Still got it Tom my first ever concert was Keane at the O2 in 2009 & it’s still my first pic on my phone, you blew us away that night. hope to see u again soon."