"It just so happened that a composer [Roger Pell] moved in up the road from where I lived when I was about 16," he says. 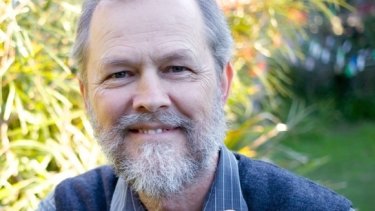 "I started learning guitar with him, which soon became lessons in both guitar and composition. So, I suppose you could say it was a lovely accident."

This serendipitous meeting would start Sainsbury on the path to an award-winning musical career and high-profile performances of his work.

Also a passionate educator, he became the head of arts and media at Eora College in 1990, a position he held for more than 25 years, and now lectures at ANU's School of Music.

But, as a classical composer of Indigenous descent, Sainsbury's success story is rare. While there are some notable Aboriginal composers in Australia – didgeridoo virtuoso William Barton and opera singer Deborah Cheetham are prime examples – Australia's classical music sector trails virtually every other creative profession in First Nations representation.

Shifting the tent poles of an art form's status quo, especially one cemented by centuries of social and cultural bias, is no easy task.

However, concerted efforts in other artistic fields have proven change is possible. A recent report into Australian theatre compiled by the ABC found that, while the country's most produced playwright in 2009 was Shakespeare, the most staged dramatist in 2019 will be Gamilaroi and Torres Strait writer and actor Nakkiah Lui.

Sainsbury's own experience is typical of the barriers faced by young Indigenous musicians.

"My identity was often dismissed or at least treated lightly by established composers," he says. "So I got used to pulling my head in. I didn't step forward and I accepted that I would have to do my music within other settings. Looking back now, I'm aware of just how disempowering that experience was."

Sainsbury has observed how many Aboriginal musicians have turned to other Western vernaculars – pop, hip hop, rock, jazz – to express their creativity, sidelining classical music as too unwelcoming.

He has also seen how Indigenous themes are sometimes cherry-picked by non-Indigenous composers looking to infuse their work with a superficial sense of First Nations culture.

Legendary percussionist and Ensemble Offspring founder Claire Edwardes has used her profile within the classical music establishment to address other longstanding inequalities, such as the imbalance between the number of male and female composers on the concert platform.

This made Ensemble Offspring a natural choice for Sainsbury's pilot program, although the collaboration would prove an eye-opening experience for Edwardes and her team.

"What became apparent really quickly is that there are a lot of brilliant artists out there who no one knows about and who don't have the access or the experience to get noticed," she says. "I think it's revealed this huge hole in our industry, in the lack of knowledge of where these Indigenous artists are, that they aren't typically trained in a traditional way, and that they are hugely valuable and deserving of recognition."

Five NSW-based composers have now graduated from the pilot with five more entering the program this year. Some of the composers who participate may choose not to explore their heritage or identity through their music, something Sainsbury calls "equally refreshing".

However, he adds that cultural references are deeply meaningful for Indigenous artists, and should be handled more carefully by non-Aboriginal composers.

He unpacks the topic in a Currency House Platform Paper, a latest in a series of quarterly essays on Australia's most urgent cultural issues.

"I'm not talking about ringfencing Indigenous art," he says. "But collaborations should be long term. It's about inclusivity, about respect, about acknowledging that, hey, Aboriginality is not a folk culture resource to be dipped into.

"If you're attracted to those sounds and that culture, then go there for the long haul, build significant collaborations via long-term engagement.

"I suppose a good litmus test is, if you haven't had an Indigenous person over for dinner in the past six or 12 months, maybe you shouldn't be using that culture in your music."