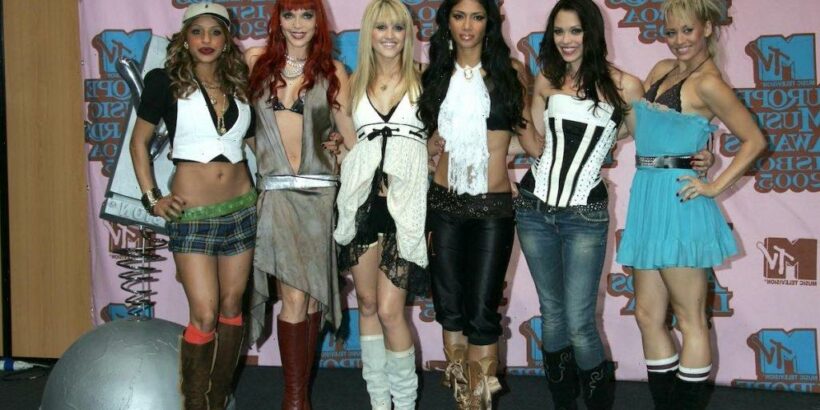 It is hard to believe that The Pussycat Dolls‘ debut album, PCD, was released almost 20 years ago. It feels like just the other day that everyone was singing along to songs like “Don’t Cha” and “Stickwitu.” Throughout the pop group’s journey in the spotlight, The Pussycat Dolls have had countless sensational hits that led the iconic performers to all-new levels of fame.

However, some of The Pussycat Dolls’ fans and followers might be surprised to learn the details behind the group’s legendary discovery story, as well as the mysterious and surprising connections linked to the famous club at which the group first got started.

PCD may have premiered in 2005, but The Pussycat Dolls were established long before that. AllMusic has outlined the exciting and surprising details of the group’s origin — and as it turns out, Robin Antin, the prominent and talented choreographer, founded The Pussycat Dolls back in 1995. Carmit Bachar was one of the women who was a part of the original group that was well-known for their burlesque performances at The Viper Room.

The entertaining group and their fun and exaggerated routines began to gain so much traction and attention that popular and highly-established celebrities and artists began reaching out to Antin to perform alongside The Pussycat Dolls. Christina Aguilera, Gwen Stefani, P!nk, and Britney Spears are just a few of the musicians who joined in on the fun. Of course, having such credible and big names attached to The Pussycat Dolls certainly didn’t hurt matters.

The Pussycat Dolls’ rising popularity led to the group growing and expanding on every level, and within no time, The Pussycat Dolls had a lead singer, a contract deal, and award-winning music. In retrospect, their unforgettable performances at The Viper Room definitely played a huge part in helping The Pussycat Dolls establish their name, fame, and reputation.

Johnny Depp also had connections to The Viper Room

The Viper Room isn’t just famous for being The Pussycat Dolls’ stomping ground. The noteworthy club actually has quite the history and past; at one point in time, Johnny Depp was actually a co-owner. On top of that, Tobey Maguire and Leonardo DiCaprio have been known to frequently hang out at the establishment that has been called a landmark.

Ashley Roberts, one of the members of The Pussycat Dolls, recounted an awkward run-in she had with Depp a while back at The Viper Room. Completely starstruck, Roberts admitted she blanked and oddly began talking about her nose. Daily Star recapped all of the LOL-worthy details surrounding the comical moment.

The Viper Room has a strange history and past

Believe it or not, The Viper Room wasn’t the first name of the club that is so rooted in the musical scene and Hollywood culture. Before it was The Viper Room the club was known as The Melody Room. During this span, River Phoenix, an actor best known for his role in films like Stand by Me and Running on Empty, died of a tragic overdose while at the club. The eerie event marked the end of era, and shortly after, the ownership of the legendary club was set to switch. Depp and his business partner, Anthony Fox, took over The Melody Room in 1993 and officially changed the establishment’s name to The Viper Room.

Unfortunately, despite all of the changes, strange and unusual circumstances continued to haunt the club. In 2001, Fox mysteriously went missing. Making the matters even more curious, Fox was set to appear in court the next day to proceed with an ongoing legal dispute between him and Depp. Amber Heard, one of Depp’s ex-wives, recently hired a PI to look into the unresolved issue. To this day, Fox’s body was never found and he remains a missing person. However, even after Fox went missing, justice regarding The Viper Room was still served.

Fox’s lawsuit led to a judge ruling that Depp was indeed guilty of fraud, mismanagement, and abuse of authority. As a result, in 2003, a legal settlement forced Depp to hand over his shares of The Viper Room to his former co-partner’s daughter. MEA WorldWide has documented all of the known details surrounding the bizarre mystery, and hopefully, Fox’s family will eventually find some answers. It is no wonder a club like The Viper Room has such a reputation.