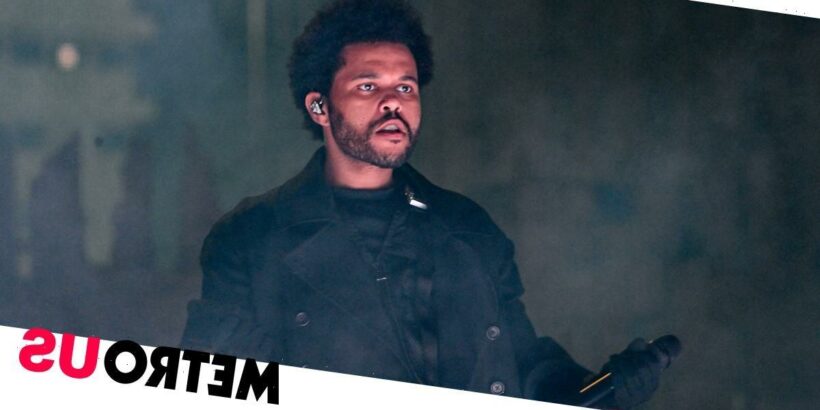 The Weeknd was left devastated after he was forced to cut his Los Angeles show short after losing his voice.

The Blinding Lights hitmaker – real name Abel Tesfaye – was performing at the Sofi Stadium when the show ended abruptly just after 9:30pm.

Abel, who was performing his second night at the stadium, said he was unable to continue and give fans the show that people paid for.

‘I don’t know what just happened… but I just lost my voice,’ he told the crowd.

‘This is killing me, I don’t want to stop the show but I can’t give you the concert I want to give you right now. I’m gonna make sure everybody’s good — you’ll get your money back — I’ll do a show real soon for you guys. But I wanted to come out and personally apologise.’

Abel added: ‘You know how much this kills me, I’m sorry. I love you thank you so much.’ 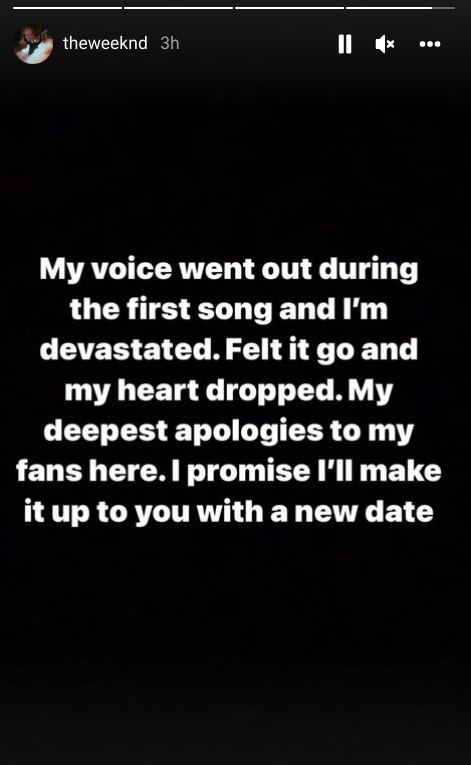 He then left the stage.

The star has since promised a new date, writing on Instagram: ‘My voice went out during the first song and I’m devastated. Felt it go and my heart dropped.’

He added: ‘My deepest apologies to my fans here. I promise I’ll make it up to you with a new date’.

The singer is currently performing on his After Hours Til Dawn tour following the release of his fifth studio album Dawn FM, but it hasn’t all been smooth sailing.

He was forced to delay it due to Covid-19 and, when it finally got underway in July, his show in Toronto had to be postponed due to wireless network outage.

Meanwhile, his support act, Doja Cat was forced to pull out back in May.

The Kiss Me More rapper – real name Amala Ratna Zandile Dlamini – announced that she wouldn’t be joining the singer on the road since she is recovering from tonsil surgery.

The Weeknd is still set to perform in Mexico, South Asia, Australia and Europe.