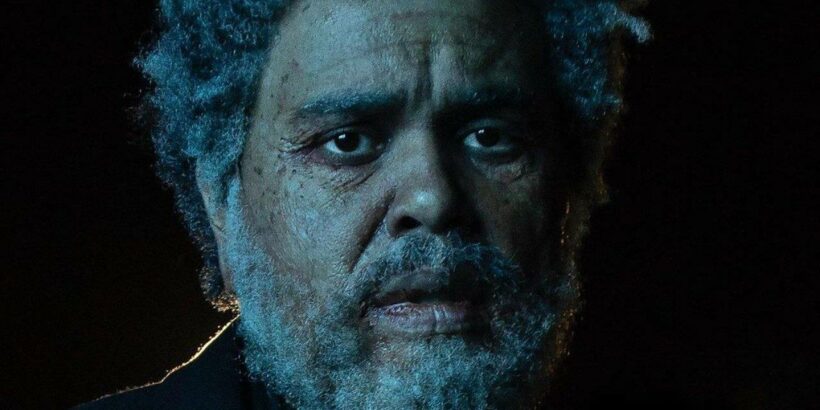 The ‘Save Your Tears’ hitmaker, who collaborates with the likes of Lil Wayne and Tyler, the Creator for the upcoming projects, will hold an online listening session one day before he releases the album.

AceShowbiz –The Weeknd continued to give fans special treats ahead of the release of his new album. Taking to social media, the Canadian crooner shared the cover art for “Dawn FM” in which he transformed into an old man.

The 31-year-old crooner, whose real name is Abel Makkonen Tesfaye, let out the album cover on his Instagram account. In the photo, he was seen rocking gray hair and beard as he looked straight at the camera.

Hours later, The Weeknd announced that he’s having an exclusive listening session on Amazon Music’s Twitch Channel. The listening party will take place on Thursday, January 6 at 9 P.M. PT. He simply captioned the announcement by writing, “together.”

The “Save Your Tears” hitmaker unveiled the release date of “Dawn FM” on Monday, January 3. He uploaded a trailer that teased “a new sonic universe from the mind of The Weeknd.”

Also promoting the forthcoming project was Jim. Quote-retweeting the musician’s post, he raved, “I listened to Dawn FM with my good friend Abel @theweeknd last night. It was deep and elegant and it danced me around the room. I’m thrilled to play a part in his symphony.”

The “Eternal Sunshine of the Spotless Mind” actor’s praise didn’t go unnoticed by the ex-boyfriend of Selena Gomez. Thanking the comedian, he wrote, “Thank you for being a part of this. It’s kismet. Full circle.”

“Dawn FM” will follow The Weeknd’s fourth album, “After Hours”. Though he did not receive any nominations for the 63rd Annual Grammy Awards with the set, The Weeknd managed to win the Billboard Music Award for Top R&B Album, the Juno Awards for Album of the Year and Contemporary R&B/Soul Recording of the Year with the album.