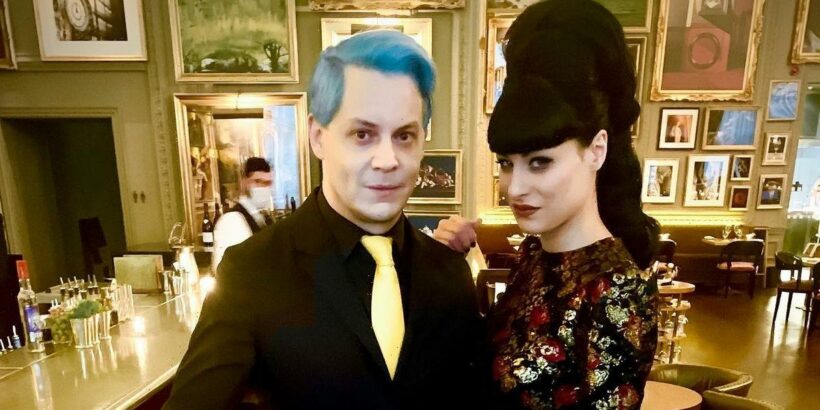 Jack White gave his fans a night to remember when he proposed to and subsequently married his girlfriend Olivia Jean during a gig.

The White Stripes star was performing at Detroit’s Masonic Temple Theatre on Friday when he surprised concertgoers by taking a quick break from singing to ask Olivia if she wanted to marry him.

She and the band had just returned to the stage to deliver a rendition of Hotel Yorba towards the end of the evening when Jack decided to pop the question.

When she said yes to his proposal Jack then turned to the audience to ask their permission to immediately get hitched.

He said: "It’s been such a great day, mind if we get married right now?"

Cheering in response to show their approval the crowd then waited briefly as they departed the stage and promptly came back accompanied by their families – including Jack's mother Theresa and Jean's father.

While the pair exchanged vows their nuptials were officiated by record label founder Ben Swan who acted as an ordained minister.

Video footage of the marriage has managed to make its way online despite The White Stripes having a ban on mobile phones at their gigs.

The video clips show a quick exchange of vows with background music provided by the band as the crowd shouts their encouragement.

The footage also shows Jack introducing Jean's dad to their fans and asking: "Do we have your blessing sir? Be honest."

As the happy couple were pronounced husband and wife they shared their first kiss and a tender hug.

The show was then closed as Jack carried his bride offstage before they returned for an encore of hits including Seven Nation Army.

The star has since posted snaps of the moment on his social media, with the caption: "'Let’s get married in a big cathedral by a priest.' 04.08.22."

Jack has previously been married twice – he was wed to bandmate Meg White from 1996 – 2000, and subsequently tied the knot with model and singer Karen Elson in 2005 before their 2013 split.