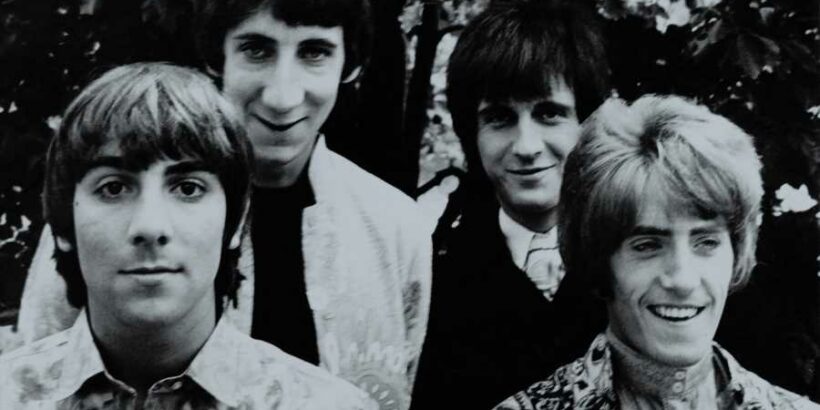 The Who Sell Out was rock’s first perfect package of irony — a wry marriage of highbrow and lowbrow art disguised as a concept album where the only real notion was that the Who wanted cash. They linked the songs together with tongue-in-cheek commercials for deodorant and pimple cream and even hired a real ad agency to pour Heinz beans over them for the cover art. Without the gimmick, the songs themselves were a glorious hodgepodge. There was one brilliantly chiming anthem “I Can See for Miles,” a South American flavored pop rocker called “Mary Anne With the Shaky Hand,” and a psychedelic mini–rock opera “Rael,” which set the stage for their next album, Tommy, among other experiments. Yet the commercials held it together and made it one of their most pivotal releases.

The 10 Most Bizarre Country Christmas Songs

On its own, the LP, the band’s third full-length, would have been a perfectly fine stopgap release to get some product out quickly before 1967, the year of Sgt. Pepper’s, was over. But thanks to all the cheeky winks and nods that the Who dressed the record with, it transcended mishmash status. Now this exhaustive, super deluxe edition box set is showing the genius at work behind The Who Sell Out.

Although the collection is structured like a conventional box set — two discs devoted to the album in stereo and mono with B sides, another to outtakes, a fourth to abandoned takes, and a fifth to Pete Townshend’s demos — everything in it provides a holistic look at the period surrounding the making of the LP, going back to recordings the band made while on the road in the USA with Herman’s Hermits. Townshend described a scene in his memoir when, in September 1967, Who manager Chris Stamp listed off a bunch of tunes for the prospective record, including some that would become hits (“Miles,” “Mary Anne”) alongside a bunch of eyebrow-raising question marks like a perfunctory cover of “Summertime Blues,” the jaunty John Entwistle–penned psychedelic B side “Someone’s Coming,” and the shelved “Glittering Girl,” a fairly straightforward rocker that sounds more like something the Kinks would have put out than the Who. Some of those songs have come out as bonus material for other releases over the years, but this collection is the full context of those songs and shows the band sidestepped what could have been a rather average-sounding record.

Within a few tracks of each other, “Glittering Girl” shares the same space as “Coke After Coke” and “Things Go Better With Coke,” two facile rock jingles that an ad agency had hired Townshend to write for the cola company to play in movie theaters, as well as a commercial spot for something called Great Shakes. There are also a couple of toothless public service announcements for the American Cancer Society — “Little Billy’s Doing Fine” and the never-fully-realized demo “Kids? Do You Want Kids,” both meant to discourage kids from smoking — that show just how capitalist-minded Townshend, who smoked, was at the time.

Townshend’s most flagrantly commercial track, though, was “Odorono,” a ballad that seems at first to be about a songstress trying to get discovered. She attempts to seduce a record exec into a contract, but she ultimately fails because (dramatic pause) she had B.O., a fact that Townshend reveals in the cutting final couplet: “Her deodorant had let her down/She should have used Odorono.” It turns out, the song was advertorial all along. (For the record, he apologizes in the liner notes for how the whole story doesn’t really hold up too well in the #MeToo era.)

The genesis of that tune — from a demo with a smart guitar arrangement, complete with country string bends, to a full album track — is shown across the box set’s bonus discs. This song was Townshend’s lightbulb moment, and you can hear how it illuminated the whole process as he and his bandmates started recording shorter, punchier, sillier ads and “Radio London” callouts, which in hindsight feel like the birth of the rap-album skit.

Among the discs, there are alternate takes of Entwistle singing passionately about zit cream on “Medac,” Keith Moon drumming for “Premier Drums,” and short jingles for John Mason cars, Sunn amplifiers, Rotosound Strings, and even their label, Track Records. “I was sure Coca-Cola and others would be happy to pay to reach our fans,” Townshend wrote earnestly in the box set’s liner notes. “Turned out they weren’t.” The most interesting outtake features Entwistle building up the trumpet arrangement for “Heinz Baked Beans,” with all of its goofy “What’s for tea?” interludes and Townshend’s banjo playing, and it’s all the more fascinating knowing that Entwistle and Townshend’s first musical experience together had been playing trumpet and banjo in a Dixieland group. Here, advertising brought them back to their eclectic roots.

The box set also collects the creative fits and starts from the period, and its scattered tracks show their lack of vision going into the LP. The Who’s previous album, A Quick One, had presented each musician as a songwriter, an effort they must have been trying to keep up before Townshend took over. In the bonus tracks here, they cover “Shakin’ All Over,” Entwistle pioneers a death-metal croak on his typically morbid “Mr. Hyde,” and frontman Roger Daltrey embraces a standard British Invasion sound on “Early Morning Cold Taxi” (cowritten with one of the Who’s roadies).

But there are still a few sparks in the melee. The band toys around with a Townshend track about people reincarnating after a plane crash called “Glow Girl,” which has the refrain, “It’s a girl, Mrs. Walker, it’s a girl,” which he later coopted for Tommy. They imagine classical composer Edvard Grieg’s “In the Hall of the Mountain King” as a roundly rocking instrumental, they goof around in Monty Python-esque voices between takes, and they managed to put a Who spin on two Rolling Stones songs (“The Last Time” and a frankly brilliant arrangement of “Under My Thumb”), recorded at a time when Stones records were banned in England.

Within the fuselage, Townshend’s other concepts start to take form alongside those from the Sell Out mold. A disc dubbed “The Road to Tommy,” collects an album’s worth of songs from the era that didn’t make the cut for The Who Sell Out (including “Magic Bus”), that showed where the band members’ heads were at. There are songs about redemption and healing — two major themes on Tommy. The Beach Boys–like “Faith in Something Bigger,” which came out on the Odds & Sods comp, could be a Christian rock song with its chorus, “We’ve got to have faith in something bigger,” if Townshend’s trademark faithlessness didn’t creep in during the bridge (“The more we learn, the less we believe to be true”). And then, of course, the musical elements of the Who’s next great endeavor come into focus on these tracks — Entwistle’s clever leading bass, a hallmark of Tommy, on “Facts of Life,” the delicate “It’s a girl” part of “Glow Girl.” All of these high-minded concepts were swirling around at the same time as The Who Sell Out, and they make the album itself seem all the more extraordinary when you consider all the raw materials that fed into it.

Townshend’s demo for “I Can See for Miles” shows how he composed the tune — in which he accuses his lover of cheating on him while he was on the road (without saying what he might have been up to himself) — as a fairly complete thought. By the time you listen to the previously unreleased “full version” of “Miles,” the track, which is arguably the greatest Who song, sounds merely wilder and more electric. But the other songs weren’t as fully realized early on. His rough version of “Mary Anne With the Shaky Hand,” about the night fell in love with a woman dancing “as though she was trying to swat away flies,” according to his liner notes, sounds more Caribbean than Latin. “Thinking of You All the While,” a first draft of “Sunrise,” has a “Then He Kissed Me” bass line and a vocal line that sounds both like Indian music and something Ray Davies would sing, a far cry from the pensive acoustic ballad on the album. And his original take on the single “Pictures of Lily,” a bizarre story about a father teaching his son to wank himself to sleep, might best the Who version, at least in terms of irony, because here is Townshend literally playing with himself.

Yet somehow, with so much material to choose from — songs that were, good, bad, and forgettable — the band stitched together The Who Sell Out and secured their legacy as their generation’s most persistent pushers of the envelope. It was an act of desperation, but they decided to embrace it and it rewarded them handsomely with creative ideas, even if it didn’t rake in the millions they had hoped it would. The record literally set the stage for Tommy, since that album’s opening “Underture” quotes the end of “Rael,” and a song like “I Can See for Miles,” opened the door for the arena rock of Who’s Next. But unlike those records, The Who Sell Out was funny and lighthearted, a far cry from the bids for Serious Art that the band would make in later years. Then again, it’s hard to brood when you’re bathing in baked beans.