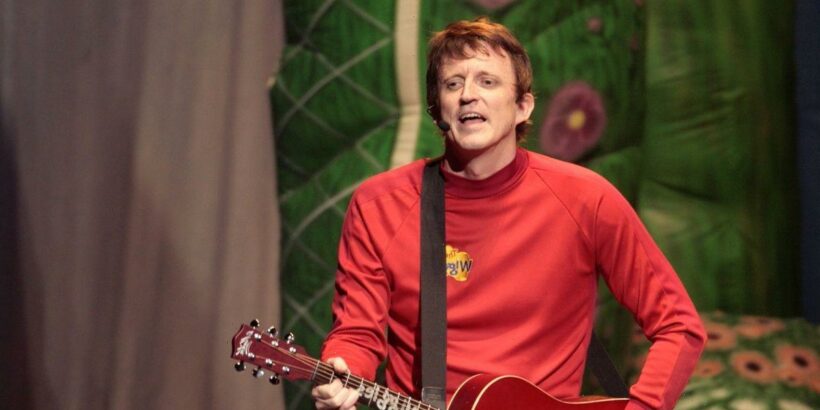 In December 2020, the former children's entertainer underwent a major operation to replace a faulty valve in his heart.

After spending time recovering from the operation, the 61-year-old Red Wiggle has now announced that he will make his much welcomed return to the stage with his new band, Soul Movers.

The musical group have been booked to appear at the Blues on Broadbeach music festival, which will take place on the Australian Gold Coast later this month.

Murray is anticipated to appear before an audience of 150,000 people at the event.

Speaking after his surgery in December 2020, the guitarist revealed his recovery had been a 'slow process' but assured fans he would take things easier in wake of the operation.

He previously told The Daily Telegraph: "I get tired very easily but I'm doing all of the rehab like walking and other exercises so it's all coming along."

Murray joined the Soul Movers in 2017.

The band is known for playing the blues but speaking recently, Murray said his new career does have some similarities to his The Wiggles days.

The guitarist told The Courier Mail: "People think of the blues as always being sad songs, but it can be uplifting as well.

"It's music that comes from the heart."

Murray isn't the only member of The Wiggles to suffer a health scare over recent years.

In January 2020, his former The Wiggles bandmate Greg Page, 48, terrified concert-goers when he suffered a heart attack live on stage during a charity concert appearance.

Greg was given a stent following the health scare, previously recalling how footage of the incident had made him feel emotional.

He told Sunrise: "I was just watching that footage back and got a little bit teary to be honest.

"I don't reflect on that moment very often."