Rita Ora, “Velvet Rope”
Sounds like: A pop singer successfully finding her voice at last
Perfect for: For wondering “Baby, baby, where did our love go?”
What’s Rita Ora up to? Well, the British pop singer and actress has finally released her long-awaited sophomore album, Phoenix — her first to be released in the United States. It’s been a long journey out of release-date purgatory for Rita, but the new album successfully makes the case for her pop prowess. The piano-and-hand-clap-backed “Velvet Rope” is a smooth highlight that shows off her knack for both writing and belting a solid torch song.

Alessia Cara, “Not Today”
Sounds like: A pity party you kinda wish you had gotten invited to
Perfect for: Accepting the moments when you feel like you’ve failed yourself
Sometimes it’s okay to let yourself wallow in a bit of self-loathing, and Alessia Cara’s “Not Today” is the anthem for doing just that. The quaint tune has the Grammy winner pondering a time when she’ll be free of the anxieties, heartbreaks and insecurities that plague her, but, for now, she understands that clarity has not found her yet. Something that will happen today, however, is the release of her new album, The Pains of Growing.

Meek Mill, “Oodles O’ Noodles Babies”
Sounds like: A nostalgic celebration of success following a particularly tough couple of years
Perfect for: Looking back on humble beginnings through world-wearied eyes
Today, Meek Mill returns with his fourth album, Championships. It’s also his first full-length since an early release in April from a two-to-four year sentence for violating his parole. On “Oodles O’ Noodles Babies,” the Philadelphia rapper celebrates the come-up for kids like him who grew up on instant noodle soup, in between reflections on the systemic racism that oppresses too many young men who look like him.

The 1975, “Sincerity Is Scary”
Sounds like: A reminder that sincerity is worth flexing every once in a while
Perfect for: Being a bit more honest in your next Instagram caption
The 1975’s entire aesthetic hinges on the ability to pair dark personal reflections and sardonic cultural observations with a neon indie-pop sound. With “Sincerity Is Scary,” the group finds a subject matter that matches their musical dichotomy: This song is all about the desire to mask insecurities with a brighter public facade. The U.K. band’s third album,  A Brief Inquiry into Online Relationships, is out now.

Mark Knopfler, “Good on You Son”
Sounds like: A master lyricist who hasn’t lost his touch
Perfect for: Heading down any road, wherever
This fall, Dire Straits’ Mark Knopfler returned with his first solo album in three years, Down the Road Wherever. Across the project is a wide array of stories from the famed songwriter, ranging from his personal history with his iconic band to poetically detailed explorations of fictional subjects. “Good on You Son” is a highlight from the LP: a bluesy, driving opus that shows no signs of this lyrical master slowing down. 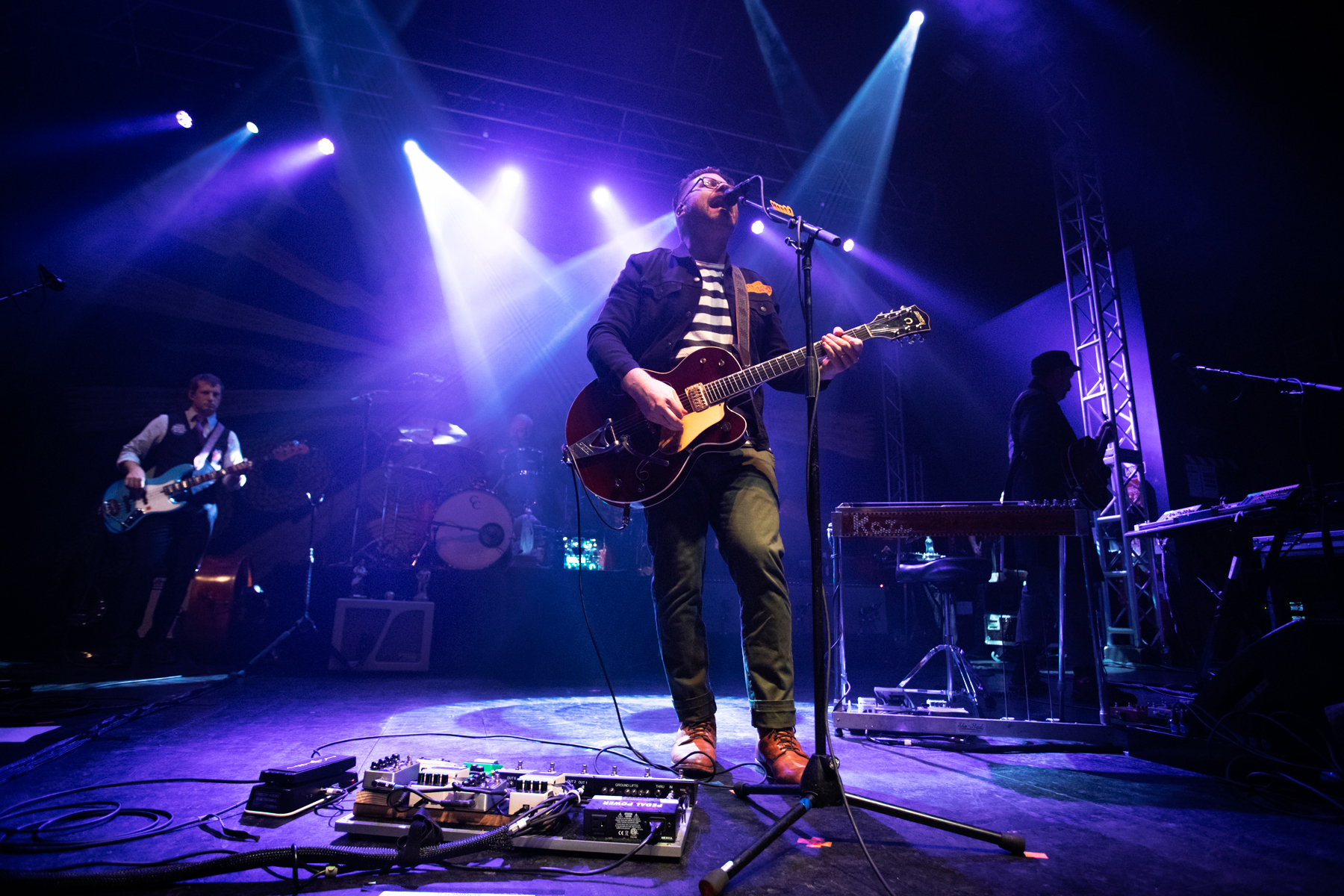