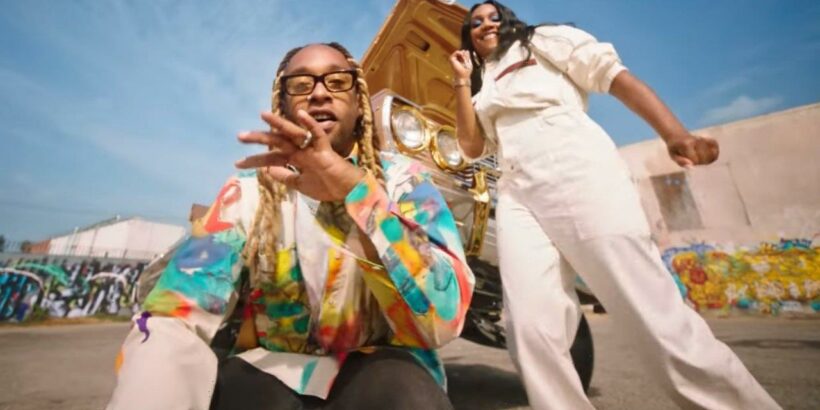 In the music video, the ‘Girls Trip’ actress joins the ‘Paranoid’ rapper to celebrate her freedom after not getting any love in return from her male love interest.

AceShowbiz –Tiffany Haddish has starred in a music video for Ty Dolla $Ign‘s “By Yourself” remix featuring Jhene Aiko, Bryson Tiller and Mustard. In the visual of the track released on Wednesday, April 28, the “Girls Trip” actress portrays a woman who walks away from a one-sided relationship.

Co-directed by the 39-year-old rapper and Alex Bittan, the music video starts with the sound of Tiffany’s angry voicemail that she sends to her selfish partner. Soon after leaving her partner, the comedienne joins the MC as she celebrates her freedom by dancing in front of a car.

The footage ends with jump cuts between Ty, Bryan and Jhene spitting the last line, “You don’t need a man, you do it by yourself.” Tiffany, meanwhile, still gets her groove on as she flashes a wide smile to the camera.

The remix version of “By Yourself” was originally dropped in mid-March. Announcing the release on Instagram at that time, Ty declared, “Remix out now!! @brysontiller @jheneaiko @mustard you did it by yourself !! featuringtydollasign.”